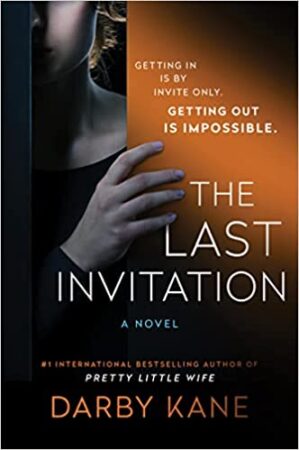 Do you have more info about this edition? Contact the web team.

Part of the HelenKay writing as Darby Kane

They meet the second Tuesday of every month and vote…and then someone dies.

Over the last few years, prominent people—a retired diplomat, beloved basketball coach, the CEO of an empire—have died in a series of fluke accidents and shocking suicides. There’s no apparent connection, no signs of foul play. Behind it all is a powerful group of women, the Sophie Foundation, who meet over wine and cheese to review files of men who behave very, very badly, and then mete out justice.

Jessa Hall jumped at the mysterious, exclusive invitation to this secret club. The invite comes when she’s at her lowest, aching for a way to take back control. After years of fighting and scratching to get ahead, she’s ready for a chance to make the “bad guys” lose. Jessa soon realizes, though, just how far she’s willing to go and how dangerous this game has become.

Once in the group, it’s impossible to get out. She has nowhere to turn except former friend Gabby Fielding who is investigating the mysterious death of her ex-husband. Aligned in their goal to take down the Foundation, Gabby and Jessa need each other but working together doesn’t mean they trust each other…or that either will survive to tell the truth.