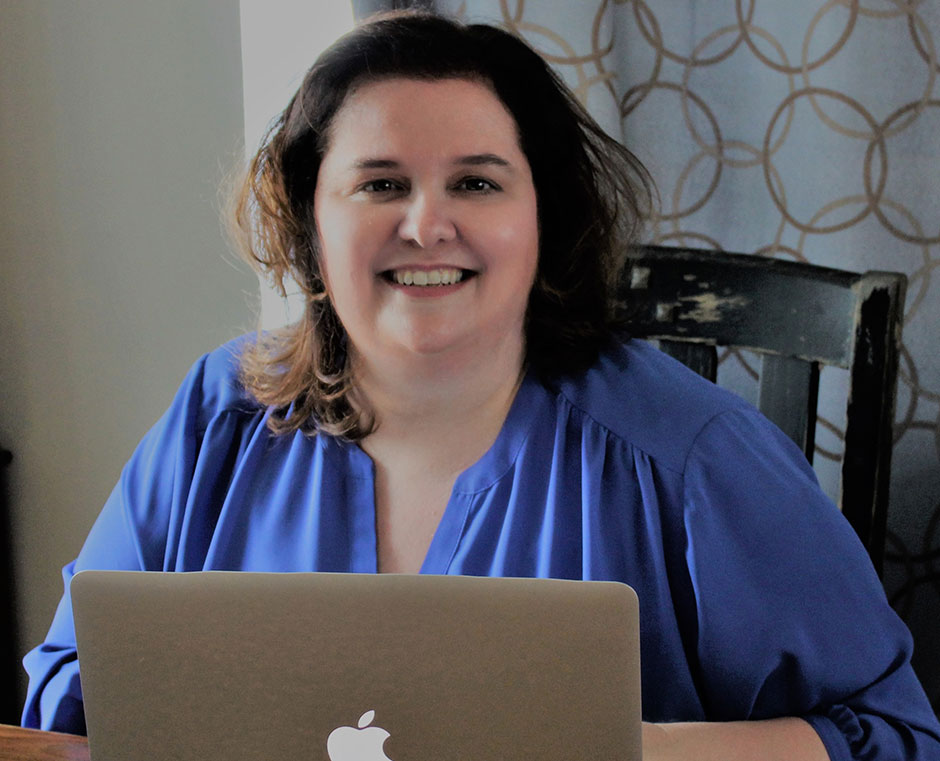 HelenKay Dimon is a former divorce lawyer turned bestselling author of more than 40 Romantic Suspense, Contemporary, and Erotic Romance books and novellas. Her books have been featured in various national and international venues and she has had two books named Red-Hot Reads in Cosmo magazine. She is a four-time RITA® Award finalist in romantic suspense (for Mr. and Mr. Smith, Facing Fire, Guarding Mr. Fine and The Fixer) and is 2018 RITA® Award winner for The Fixer. She’s also a Reviewers’ Choice Best Book Award winner in romantic suspense for The Fixer. In addition to writing, HelenKay is Chair of the Policy Advisory Committee of the Romance Writers of America and frequently teaches workshops and classes on fiction writing and romance writing. She lives in San Diego where she is (or should be) working on her next series but might be streaming a show on Netflix.

Just in case you were wondering…HelenKay is her real name. Yes, that’s a capital K in the middle, all one word and no space (blame her two grandmothers – Helen and Kay). Dimon is pronounced Die-Mon.

I didn’t start out as an author… 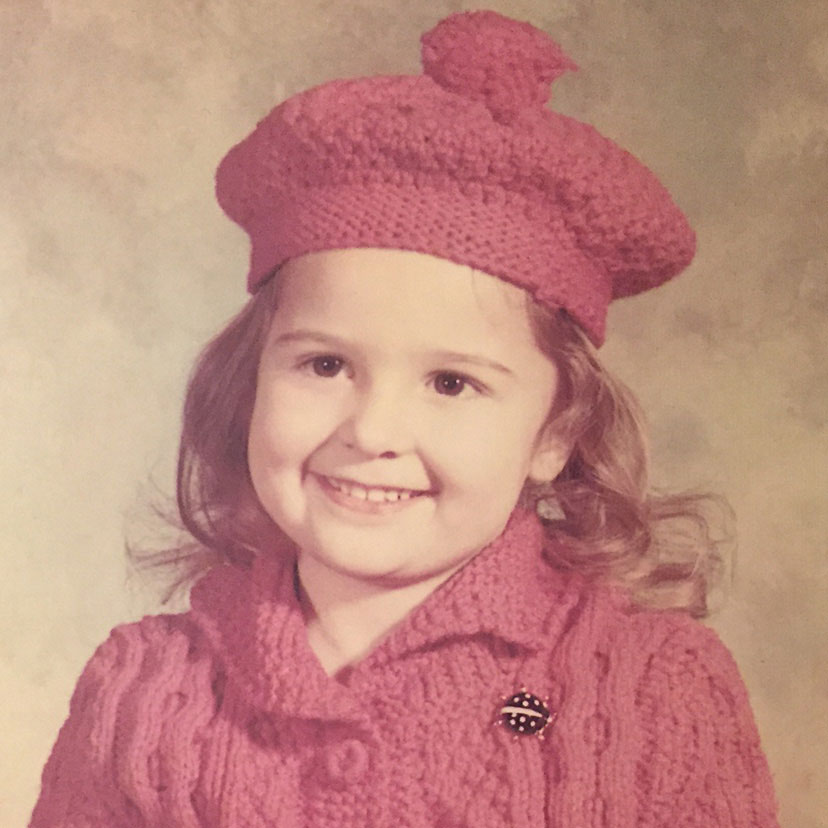 I wanted to be Secretary of State when I was a kid. But even then I was drawn to stories. Judy Blume was my first author hero. Her books made me feel less alone. Like less of an outcast. I read to escape and to dream and at some points in my life I read to survive.

I ended up in Washington DC right out of college, working on Capitol Hill for a congressman and barely making enough money to eat. I loved every second of it. The D.C. dating scene was… let’s say interesting. There’s a lot of power in that town and that can impact a young woman’s dating life. Honestly, I’ve never seen so many red and blue striped ties. I ignored most of them because I was lucky enough to meet my husband in college, though I admit it took me a few more years to realize he was the love of my life. Yes, my marriage is a real life friends-to-lovers romance.

Like many Capitol Hill workers, I ended up in law school. That eventually took me back to D.C. as an associate in a law firm. That basically means I had a job where I worked ALL THE TIME. It paid off when I made partner, but there are a lot of blurry years in there where I missed every social event and never saw a movie.

Practicing law in Washington, D.C. meant representing a lot of Secret Service, FBI, some CIA. It’s no surprise that when I write romantic suspense it tends to be undercover types. And no, none of my heroes are based on former clients (no matter what they tell you). But before I ever put pen to paper, just living in D.C. put that thriller, espionage, suspense-y stuff in my head.

I love the law. I loved the firm I worked in. I loved litigation. I loved all of that, but I specialized in contested custody cases. It’s hard, difficult work. A lot of it is sad and you tend not to see people at their best. One day a lawyer in my firm (who was retiring to go into the music business, by the way) handed me three romance novels and told me I needed a happy ending. Those books – The Bride by Julie Garwood, Perfect Partners by Jayne Ann Krentz and Daniel’s Bride by Linda Lael miller – literally changed my life. I read them and my focus started to shift. After dedicating years to helping people terminate relationships, I started toying with writing romance novels, because bringing people together sounded so much more appealing.

I also got tired of wearing pantyhose. 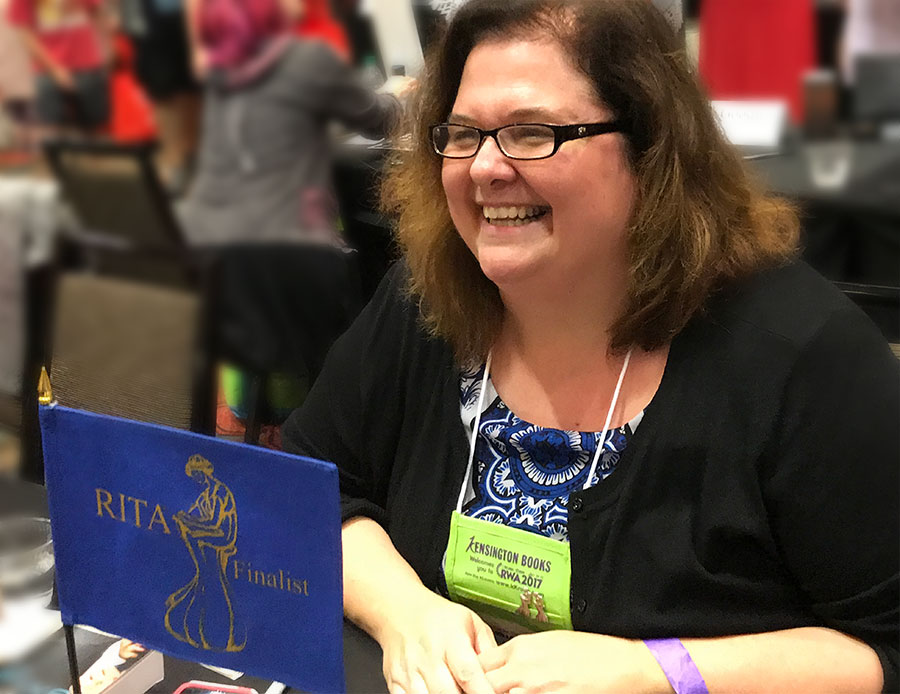 Some of my favorite early romance reads were books that straddled the line between being very hot and erotic and that’s where I started writing. When I got serious about being published (i.e., stopped making excuses about being busy and spent the time writing instead), it took me 18 months to get published. Huge credit goes to fellow author Lori Foster who ran an online contest and picked me as a finalist. That break put my name in front of my then Kensington editor, the fantastic Kate Duffy. I am forever grateful for Lori’s assist and still stunned and sad that we lost Kate so suddenly.

It’s been many years since I left the law to write romance full time. I love to read and I watch a lot of British crime shows and true crime shows. I’m a big fan of action movies where things explode. I watch people in public (my husband calls this being nosy – I call it research). I often think “what would a person who had X thing happen to them be like later in life” and start a story from there. I like to find some quirkiness in people and characters. Maybe it stems from that time in college during my overseas semester when I decided to go to the then Soviet Union with a bunch of drunk British diplomats instead of going on the fun trip to France with my friends for spring break. Why do the expected?

I could eat french fries with every meal (I don’t but I absolutely could).

I grew up in Pennsylvania in Amish country, which might be why I don’t read or write Amish romance.

Ordinary People was the first R-rated movie I saw and I cried…and also had a wee bit of a crush on Tim Hutton.

I have been known to weep at commercials and please do not show me any fundraising ad with injured animals.

I drink tea and water and little else (yes, there’s a story about drinking too much in college but I’m not sharing).

I am terrible at giving directions and don’t even get me started about how hard it is to decipher a map.

I have terrible travel karma – I’ve had the oxygen masks drop on two different flights. Yes, I said two.

I get many of my book recommendations on twitter and I buy books all the time. ALL. THE. TIME.

I still haven’t ruled out being Secretary of State.

I’ve written a lot of books, and I stand behind every one. This said, I am sure I have made errors. It’s easy to see the typical typo kind of error, but the ones that aren’t so easily seen at the time of writing are what I want to specifically address here. I want to assure readers that if I ever wrote something into one of my books, or said something at any point that was offensive to anyone for any reason, it was inadvertent and I am sorry for being hurtful or dismissive.

Changing times and an increased awareness on my part doesn’t excuse any such infraction, but hopefully it offers context. Nevertheless, if at any point in my life and career I was less than aware of my words and came across as insensitive, racist, homophobic, or offensive in any way, I apologize without qualification and fully own my own statements.

If you have found a passage or statement that you want me to explain, please reach out privately and offer me the opportunity to respond. Thank you.

Why did you stop being a divorce lawyer and start writing full time?

I’m actually still a lawyer…unless you know something I don’t. It’s true I’m not practicing law right now but that’s mostly due to a relocation from Maryland (where I passed the bar exam) to California (where I would have to take another bar exam to be licensed). The idea of going through another bar exam makes me kind of ill, so I’m taking full advantage of having a book contract and staying out of a courtroom. Feel free to buy my books so that I can keep that streak going.

How do you stay on track for deadlines?

What makes you think I do…? Oh, I get them done on time. Somehow. It’s the “on track” part that’s not quite true.

Where do your ideas come from?

Everywhere. Honestly, coming up with the ideas is not the problem. Putting my butt in the chair and writing the book – yeah, that’s the tough part.

Who is Darby Kane? HelenKay! That’s who!

(This FAQ brought to you by TeamHelenKay)

HelenKay Dimon books are romances, and just as mysteries end with solving the Whodunnit, romances guarantee a Happily Ever After. HelenKay currently* writes in two subgenres within the Romance HEA: Romantic Suspense and Womens’ Fiction with Romantic Elements, and every HelenKay Dimon book has an HEA (she’s promises).

However, Darby’s books are not romances. And in order not to confuse the promise of an HEA, HelenKay and her incredible editor decided to bring out these thrillers under a pseudonym. Enter Darby Kane. All the great plotting, rich characterization, and fast pacing readers expect from a HelenKay novel — but in a thriller.

All Darby Kane info and content will also house right here on HelenKayDimon.com (because why not?). Subscribe to HelenKayDimon News & Content Updates to be notified when Darby Kane updates are posted.

The Last Invitation comes out next week!!! A huge

I love seeing them together!!! Thank you, @bellvil

My yearly post-Thanksgiving pilgrimage to @thecont

On Saturdays we (me, there’s just me) highlight