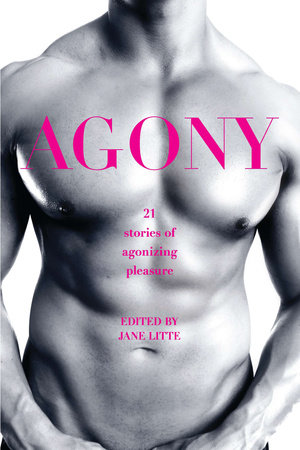 An office romance with a twist…

She craved this. Day after day, sitting in boring conference rooms and never-ending staff meetings, watching him explain and negotiate, she wanted him.

All new stories of punishing extremes and unbearable pleasure… 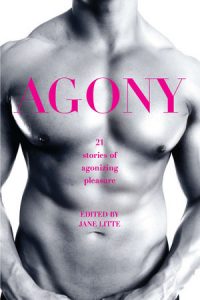 Her back slammed against the door. Firm hands slid up to cradle her head as his mouth crossed over hers. Again and again, the slant of his lips and sweep of his tongue burned through her.

She craved this. Day after day, sitting in boring conference rooms and never-ending staff meetings, watching him explain and negotiate, she wanted him.

At home, or in any safe place where she could close her eyes and steal a moment, she imagined the broad slope of his shoulders and the pleasures promised by those lean fingers. At the office she lived for the peppery ginger scent that tickled her senses during those dangerous times when she got close enough to smell him.

Colin Banks. Brown hair bordering on black, soft gray eyes and a voice so deep it vibrated down to her toes with every syllable. He was completely off-limits. And he was seconds away from being inside her.

“God, yes.” He whispered his plea against her lips when her fingers found the flat stomach under his shirt.

Heavy breathing mixed with the rustle of clothing and shuffling of feet. One hand reached down to catch her thigh and pull it high on his hip. The seductive dance inched her slim skirt straight into danger territory.

Ignoring common sense and every rule she’d ever set for her life, she dove in. She grabbed for his suit jacket. Clawing and pushing, she worked the material down his arms, letting him leave her only long enough to shrug it to the carpet.

Then he was back. Warm air blew across her bare skin the second before his mouth closed over the vein thumping hard at the base of her neck.

The pressure of his lips, the sucking and coaxing, sent a rush of blood to her head. She slid her fingers beneath the collar of his dress shirt and lifted his face. No more than a shimmer of air passed between them before her mouth found his again, making her wonder how she went eight months without kissing him long and deep. 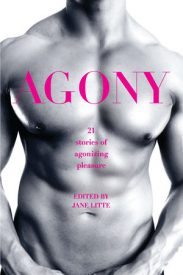 This one is a naughty story about a boss and her assistant. They’ve started a dirty affair, but Allie knows she can’t continue to sleep with her employee. But he won’t take no for an answer. Super sexy and fun story.

Agony/Ecstasy’ hits all of the right notes showing readers the myriad ways in which agonizing pleasure and exquisite pain play into people’s intimate relationships.

Enjoyable short story that included some rather neat twists that I wish more authors would use when it came to common tropes.