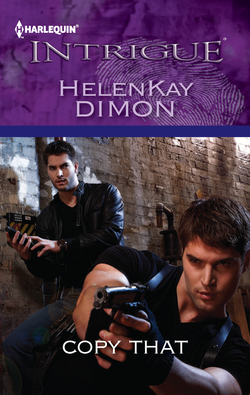 HE GAVE NEW MEANING TO THE TERM DOUBLE AGENT

Returning from his latest Border Patrol assignment, Jeremy Hill seeks sanctuary in his twin brother’s home. The last thing he expects to find is an armed man already inside, or Meredith Samms, a gorgeous tenant caught in the cross fire. Then he discovers that the gunman’s attack is meant for his twin brother, who is nowhere in sight, and Jeremy must take matter into his own hands. Searching for his brother while trying to protect this girl next door, Jeremy finds himself caught up in the danger he’d become all too familiar with. in his world, everyone’s a target and anyone can be a suspect, so Jeremy has no room for emotions. But what Meredith stirs within him may complicate this unexpected mission to the point of no return… 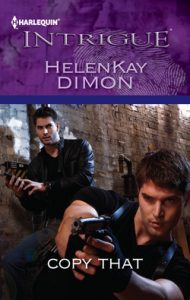 Meredith Samms heard the front door slam. Not hers. This one belonged to the bottom floor apartment.

She rented the small one-bedroom tucked into the eves of the blue craftsman-styled house. Her place stretched all of five hundred-fifty square feet from one end to the other. Still, she paid more per month for the tiny space than her parents paid in mortgage for a two-story colonial on an acre in upstate New York. That’s what happened when you wanted a piece of what many considered paradise – a home three blocks from the ocean on Coronado, the peninsula of prime real estate across the harbor from downtown San Diego.

Garrett Hill lived in the more spacious apartment downstairs. Not that he stayed there often enough to enjoy it. He traveled most days of the month and had been out of town for three solid weeks. Half the time she only knew he was home when she heard his heavy footsteps echo through the paper-thin walls.

This trip struck her as odd. The usual blanket of secrecy lifted. A man she’d never seen before had come to the door two days ago looking for Garrett. A courier had left a package for him, saying Garrett gave her name as someone who could sign for it.

Looked like he’d broken the whole lone-wolf thing he had going on and she had no idea why. But she could ask even though the chance of getting an answer was slim. Heck, he’d never even told her what he did for a living, and she’d sure poked around on that topic several times. Good thing she believed in a healthy dose of persistence.

Slipping off the window seat, she grabbed her key and stuffed it in the back pocket of her cut-off denim shorts. The window air conditioner had lost the race against the unusual scorching July afternoon heat. So much for the theory about San Diego always having perfect 70-something-degree weather.

Thinking maybe heading downstairs for a visit would keep her t-shirt from sticking to her back, she jogged down the steps, letting her feet fall heavy in her running shoes to warn of her impending visit. By the time she hit the small entryway at the bottom of the stairs, she expected Garrett to have his door open. Instead it stayed closed.

She knocked twice. On the second rap, the door slipped open as if the wind had pushed it. Since the air stood deadly still today and Garrett was a bit of a security freak, a ball of anxiety started spinning in her chest. With her past, she didn’t scare easily but this scene had Bad Horror Film written all over it.

If she lived anywhere other than low-crime-military-presence-everywhere Coronado, she might have bolted. Instead, she eased the door open. “Garrett?”

Only silence bounced back at her.

Her foot crossed the threshold and she heard a small crack. Looking down, she didn’t see anything other than sturdy wood painted a bright shiny white.

When she looked up again, there he was. Not Garrett. He was tall and muscular but this guy, the non-Garrett, was enormous. Like, size-of-a-truck enormous. He had blond hair and wore all black to match his dark frown.

Alarm bells chimed in her head. She couldn’t breathe over the clanking and dinging.

She turned to run and that fast he was on her. A strong arm wrapped around her waist, trapping her arms against her side as a hand clamped over her mouth. The oversized dial on his watch dug into her stomach as her spun her around to face the family room again and her feet went airborne. 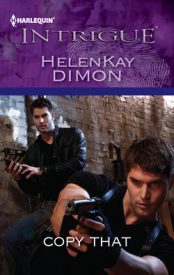 This book packs a punch from the beginning, and that’s including the strong heroines and more-than-sexy heroes.

…an ideal addition to any Labor Day weekend beach bag.

Dimon’s wild ride — packed with explosions, double-crosses and witty banter — will have you holding on to the edge of your seat.

…it’s authors like Ms. Dimon who have made Harlequin the publishing force to be reckoned with that it is today.