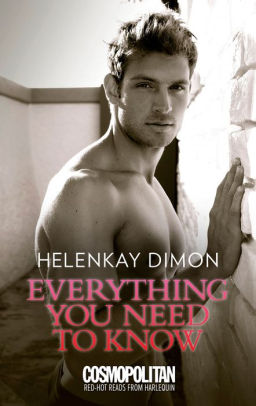 Dating in D.C. is like navigating an apocalyptic wasteland populated by men in expensive suits with zero mating potential. Need to Know provides all the information a savvy single woman like you needs to avoid dating disasters.

By night, Jordan McAdam is the proprietor of a popular website that rates D.C.’s hottest bachelors—everything from how quick they are to email you back, to their skills in the sack. She’s been burned once too often to accept any man at face value. By day, her job as an office temp puts her in the perfect position to do a little fact-checking on her rich and powerful subjects. When her latest assignment brings her face-to-face with the sexy but mysterious Forest Redder, Jordan decides to do a little “hands-on” research of her own. To Jordan, he seems like the perfect man—but she knows there is no such thing. Moreover, there’s a big problem: Forest knows Jordan’s the woman behind the scandalous site—and Jordan knows he knows. Will he expose her secret—or find his own posted on Need to Know? 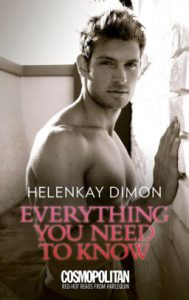 Jordan McAdam looked across the conference-room table at Ryan Peterson and fought the urge to roll her eyes. An “oh my God, shut up!” comment begged to escape her lips whenever he opened his mouth, which was every ten seconds.

The guy’s personality consisted of being pompous, loud and loaded. That last one appeared to be his only positive attribute. Not to Jordan. No, she’d dated enough powerful Washington, D.C., types to place the entire metro area in dating lockdown. She’d limit her choices to a pool of males from at least two states away from now on.

Day Four in Ryan’s presence. She’d confirmed the major complaints about him by the end of the first afternoon, but had yet to find one redeeming quality to include in the follow-up report for her website. When she’d started Need to Know, she’d known the dating world could be physically and emotionally dangerous for women. She never dreamed it resembled an apocalyptic wasteland populated with guys in business suits who possessed zero social skills when it came to handling strong women.

Ryan leaned back in his chair and tapped his gold pen against the lined legal pad in front of him. When he exhaled, his stomach relaxed, pushing over the top of his black belt, which was never a good look on a man, money or not, and certainly not on a thirtysomething. “The meeting this afternoon is important.”

As if she cared. She’d taken the temp job to double-check the website reports on Ryan, since they seemed so out there for a grown man. “Yes, sir.”

“I need to make a good impression.” He made the comment while he coughed without covering his mouth. “Nothing can go wrong.”

As far as she could tell, the only chance for success hinged on Ryan skipping it. “I understand.”

The rumors racing through the employee cubicles over the past few days hinted at management problems. Something about a silent partner wanting out and money being tight, despite Ryan’s bright red might-as-well-advertise-you-have-a-small-penis convertible parked in the coveted space right by the elevator in the downstairs garage. Then there was the expensive office suite on K Street, D.C’s power-broker row.

He spun his chair around and stared out the eleventh-floor window to the busy street below. “You’ll need to stay late this evening. Ryan needs this deal done.”

There was the third-person thing again. In her view, Ryan needed medication. And a reality check…and maybe a few hours with a financial planner before he dragged his daddy’s once-successful construction firm into bankruptcy. “Of course, sir.”

Ryan grinned at her over his shoulder. “Maybe you can find us some dinner.”

Right, because that was within her job description as a temporary office assistant. No wonder his regular administrative assistant quit two weeks ago. From what Jordan could ferret out during coffee in the office kitchenette, the woman, Victoria something, ran from the building after being asked to send yet another morning-after “we’re over” email to a woman Ryan managed to date more than one time.

The guy was a raging dick, but Jordan had to deal with him only through the end of the day. He’d asked her to remain on next week. She’d lied and said she had another temp job lined up.
“I can order something for you to eat.” As in, for him only, or him and the two businessmen who were due any minute. She’d rather choke up stomach lining than sit across a table and listen to Ryan talk about Ryan. Because, really, how sad was that little act?

The low rumble of voices in the small reception area outside the conference room and near her desk grabbed her attention. Anything not to look at Ryan another minute.

She moved closer to the doorway and glanced out. There, by the love seat and looming over the bad-bachelor glass coffee table and the stack of six-month-old magazines, were two men in matching dark suits. The black-haired, broad-shouldered one with his back to her suddenly turned around and met her stare for stare.

She didn’t need a member’s report from the Need to Know website or a business degree to identify him. Forest Redder, millionaire businessman and commercial real-estate powerhouse…whatever that was…and an integral part of every business and political power circle in town. Objectively good looking, all six-foot-whatever of him but—thanks to the rich-boy affect—not her thing.

The blond with him, Wendell Strong—Wen to everyone who knew him—had a could-sell-yachts-to-the-poor smile. That was even less her thing.

After seeing the names on Ryan’s schedule that morning she’d done some investigating on both men. Their friendship stretched back through private schools and country clubs and wherever else rich people congregated. Neither man’s name had made it onto her website yet, but being two of the city’s most eligible bachelors in their thirties, reports and requests for information from the Need to Know community were inevitable.

Her goal for one year in business was a thousand active members paying monthly dues and, in return, getting the dating information they needed. She had eight months to go and with or without those two on the website, she was almost halfway to her membership goal.

She stepped into the reception area and closed the conference-room door behind her. “Gentlemen, may I help you?”

“We’re here for a meeting with Ryan Peterson.” Forest didn’t break into a smile or even move. “Do you know where I can find him?”

Something about the commanding tone and presence made her feel as put together as an unmade bed. She tugged down on her pencil skirt, then stopped, because letting this guy throw her off stride was just not going to happen.

“Mr. Peterson needs a few more minutes.” She had no idea if that was true, but she doubted this Forest guy had to wait for much, so she thought experiencing a little delay would be good for him.

“Are you his assistant?” His gaze dipped down and traveled over her for the briefest flash.

The last time she fell for a look like that, she ended up dating a guy who was about to get married. Not to her—not that she knew that going in. Funny how he’d forgotten to mention the fiancée and expensive wedding, complete with pre-nup and newspaper notice. Thank goodness her friend and web assistant, Elle Parker, saw that little gem or Jordan might still be the unwitting other woman to an idiot who deserved a nasty case of bedbugs.

“I’m just the temp.” She stepped farther into the reception area. Next came the awkward gesture in the general direction of the floor lamp. “Have a seat.”

Of course they would. Heaven forbid this Forest guy do anything to stop the circus show dancing around in her stomach. “You’re early.”

Forest glanced at his watch. His eyebrow lifted a second later.

Yeah, that wasn’t annoying or anything. “Right. Well, if you’ll excuse me a second…”

Before he said anything else, she bolted back into the conference room. Ryan sat in his big black leather chair, spinning the seat back and forth like a spoiled child. No wonder the business his family had built for decades had been flushed into a downturn only two years after Ryan took over the reins.

“Your appointment is here.”

She turned around when he started the tie straightening and hair combing with his fingers. Pulling the door open again, she peeked into the reception area and saw Wen and Forest. They hadn’t moved at all. No talking. No shifting. They just stood there staring at her. Wen also smiled, but Forest skipped over that part.

“Mr. Peterson can see you now.” She stepped back and gestured for them to step inside the conference room.

Wen gave her a nod as he passed. He really did have the six-foot all-American-boy thing down. She could imagine him in khakis on a polo field as his two perfect blond-haired children ran by.

Then Forest slipped past her. His shoulder brushed against hers and the fresh scent of soap fell over her senses. He had the cleaned-up-businessman look, but underneath she sensed something rougher. Something not so proper.

Now that was her thing and the surprise kick of interest did not make her happy at all. 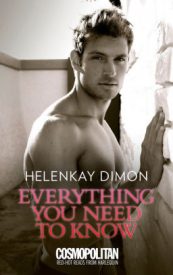