Available in print in the charity anthology, SEAL of My Dreams. 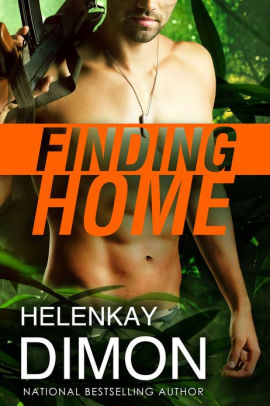 After his four-day ordeal on the small island nation of Erites with his Navy Seal Sniper/Reconnaissance Team, Lieutenant Commander Hal Robertson has only one thing on his mind – Megan White, the woman he rescued and now can’t forget.

**All proceeds from the sale of the print anthology, SEAL of My Dreams, are pledged to the Veterans Research Corporation a non-profit foundation supporting veterans medical research. The individual short stories included in this anthology may be listed for sale by authors and those proceeds are excluded from the charity proceeds.

Available in print in the charity anthology, SEAL of My Dreams. 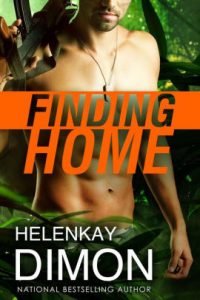 Megan slipped her shoulder out of her hiding place and peered around the desk. The door to the office remained close but the shouting had stopped. She couldn’t even hear a low rumble of voices, which touched off a free-fall in her stomach.

She cleared the throat, trying to fight off the cough tickling her. Smoke choked the room now. A steady stream of gray haze moved through the one-story building from outside. That meant there was an open window somewhere and either a huge lapse in protocol or a situation too horrible to contemplate.

She shifted to her knees, ignoring the hard shaking that moved her body from side to side. She’d keep low, crawl then run. She repeated the plan until it was the only thought running through her mind.

“Don’t stop.” She mouthed the words, surprised when they escaped her lips.

She tried to get a foot under her when something moved in front of her. A face peeked around the doorway connecting the area to the hallway running to the back door and kitchen. A scream raced up her throat but she stopped it in time when the figure put a finger to his lips. Black pants, black long-sleeve tee, black hair. The man almost blended into the dark wall, which she guessed was the point.

Even from across the room, a good fifteen feet away, she could make out his shocking blue eyes. The black watch and razor short haircut shouted military but she’d met every Marine protecting the Ambassador on this mission and he wasn’t one of them. She’d remember that face, lean with a strong chin and a serious frown that comforted rather than scared her.

Ducking low, he ran in a line straight for her. Crouched and soundless. Focused and determined. He reached her before she could lift her hands to fend him off. Then he balanced in front of her, right at the small opening under the desk. “Lieutenant Commander Hal Robertson, United States Navy.”

Relief raced through her, zapping every ounce of strength as it went. “You’re a SEAL.”

It wasn’t a question because she knew. The steely determination, the visible lack of fear. He walked into a disaster, his gaze constantly surveying as if he were analyzing and dissecting every move and every exit.

Yes, ma’am.” He lowered his weapon as he stared straight into her eyes. “You are?”

“Megan White.” She held out her hand.

He folded her cold fingers in his palms, heating them with a gentle rub. “Are you hurt, Megan White?”

A small smile tugged at the corner of his mouth. “Then let’s get you out of here. 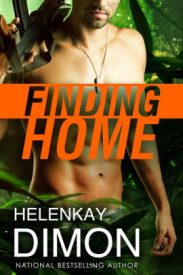 Love this author’s voice and storytelling. I will definitely be getting more of her stuff!

This is one of those books that I feel very strongly that everyone needs to buy this book, regardless of whether you like all the authors or not. The proceeds are going to a very worthy cause and the stories are all really good.

"I highly recommend SEAL of My Dreams because besides being a great fundraiser, the authors do a fabulous job of showing the heart, devotion and sacrifice of these elite soldiers.

This book is filled with a whole lot of goodness and I’m sure that anyone in the mood for a sexy Navy SEAL will definitely enjoy this book. There’s a lot to love and what’s even better is that when you purchase a copy of this book, the proceeds go to the Veterans Research Corporation which funds research for veteran’s medical research. How cool is that?