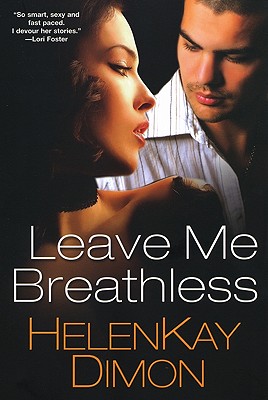 According to Judge Bennett Walker, trying to kill him is a dumb idea. They might make him wear a big black nightgown to work, but it covers a lot of muscles, and he’s definitely packing beneath it. He’s also an ex-prosecutor and an ex-GI Joe. So when his brother brings in Callie Robbins to protect him, Ben has a few issues. First, he doesn’t need a bodyguard. Second, she’s a 130-pound girl—more smoking hot than smoking gun. And third, what if his body wants her guarding the night shift?

Callie has no problem brushing aside Ben’s disbelief. She left the FBI to escape the boys’ club, but she can be deeper undercover and twice as lethal as any beefy John Doe. As for whether someone’s after Bennett or not, the death threats and car bombs look pretty convincing to Callie. Of course, she might get distracted, sitting inches from the sexiest judge in DC for ten hours a day. Keeping him safe is no picnic. Keeping it professional—that might be impossible. 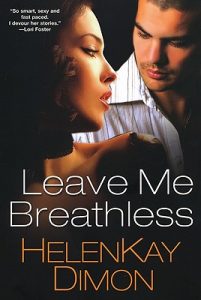 “I don’t need a bodyguard.”  Judge Bennett Walker delivered his observation as he unclipped the top of his black robe and stripped the garment off his shoulders.

Callie Robbins had to fight hard to keep from rolling her eyes.  Three denials in two minutes.  Yeah, she got it. The big tough guy in the flower print tie somehow thought he could stop a bullet simply by pretending it didn’t exist.

Gavel or not, she was not a fan of pigheaded stupidity, even if it did come in a six-foot-three package of smoldering eye candy.  And this guy had the smoking hot thing down. A square jaw and light brown hair that fell in a soft line over his forehead were just the beginning of the impressive package.  She’d heard about the broad shoulders he hid under the required work outfit.  Watching his white shirt pull across his chest, she now could vouch for his linebacker form.  Thirty-eight and sat on his butt all day but there wasn’t an ounce of fat on the guy that she could tell.

Still, all of the idol worship surrounding him in the Circuit Court for Montgomery County, Maryland, struck her as overkill.  From what she could tell, Ben Walker was a prosecutor-turned judge-turned-superstar in the uber-wealthy area north of Washington, D.C.  He wielded a heap of power and had all of the female courthouse clerks scurrying around to catch a peek at him.  But, really, he was just a man.  And from Callie’s one-hundred-twenty seconds of experience, a very stubborn one.

“If there’s nothing else…” Ben let his voice trail off as he slid into his oversized leather desk chair.

Callie didn’t bother to respond to the not-so-subtle dismissal because he wasn’t talking to her.  Hell, he hadn’t even sent a small glance in her direction since she’d dodged his gaggle of admirers in the outer office to follow him into his private chambers.  No, the judge saved all of this wrath and attention for the other man in the room, his older brother by one year, Mark Walker.

“This isn’t up for discussion, Ben.”  Mark said in a clear attempt at reason.  “You have a target on your back.”

Mark shook his head. “Your job is to rule on cases.  Leave the law enforcement decisions up to me, will ‘ya?”

Callie knew Mark could handle the worst.  He had turned his tenure at the FBI into a position with an undercover division within Homeland Security charged with protecting high profile targets in the D.C. metro area.  Callie wasn’t sure what the job entailed, but she knew it was a big one.  The kind where her record would likely disqualify her for regular duty, which explained why she was an independent contractor doing Mark a private favor on this job.

Since the judge hadn’t acknowledged her presence except for a brief nod after Mark’s introduction, she decided to force the issue.  She was standing right there next to the judge.  Hard to imagine he could miss her, what with his big brain and all.

“Did you forget the part where someone blew up your car?” she asked.

Silence slammed through the large room.  For a second, nothing moved.  Callie was pretty sure even the wall clock stopped ticking.  Then the judge turned in his seat and glanced up at her with a blank expression.  “Hard to do that since it burst into flames about ten feet away from me.”

“A smart guy would take that as a sign,” Mark said.

With that, the judge went right back to talking to his brother.  “Emma was the target, not me.”

The long breath eased from Callie’s chest.  Something about having the man’s sole attention turned on her made her nerve endings jump and twitch.  An odd shakiness flooded through her.  And she didn’t like it one bit.

She watched the brothers argue, marveled at how different two men who were raised in the same household could be.  Mark sounded reasonable, smart, focused.  The judge came off as a pompous jackass.  Attractive in a make-your-eyes-cross kind of way, but still a pompous jackass.

He tried to put her in her place by pretending she barely existed. She had seen the tactic before.  A woman didn’t rise in the ranks of the FBI without throwing a few elbows.  Sure, she’d thrown one too many, which explained why she was here without her badge instead of sitting behind her desk in an office nearby, but she could fight back. If the good judge wanted attitude, she could shovel plenty of it right on top of him.

“Look, Your Honor,” she said in the least respectful tone she could muster.  “Your girlfriend has security protection.  You’ve refused it.  From what I can tell, that makes her the smarter of the two of you.”

He smiled.  “Emma Blanton is not my girlfriend.”

Not exactly the response Callie expected, but at least he finally bothered to stare at her for more than two seconds.  And without throwing her in jail, that had to be considered a success.  “You and your girlfriend would be barbeque right now except that the bomb went off too early.”

Ben folded his hands together in front of him on the desktop.  “True, but she’s still not my girlfriend.”

Talk about fixating on the wrong point.  “Fine.  What do you want me to call her?”

“You could try Judge Blanton.”  Ben glanced at his brother. “And the bomb was meant for her.” 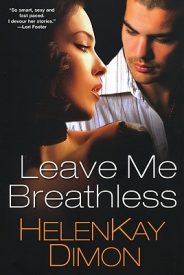 If this continues, HelenKay Dimon is going to become one of my favorite authors…With Leave Me Breathless there’s not only a fantastic main story, but a terrific secondary romance as well.

Ms. Dimon knows how to tell a story with one thrilling moment after another.

Snappy, witty dialogue, complicated family dynamics, a hot alpha male and a take no prisoners heroine collide for a combination that can’t go wrong in Leave Me Breathless.

This title is sure to be a surprise favorite with fans of Janet Evanovich and readers of light suspense.

Leave Me Breathless is aptly named. Ben leaves Callie breathless, and Ms. Dimon leaves her readers breathless with this latest example of her provocative writing style.

LEAVE ME BREATHLESS covers every base and will satisfy every romance reader’s need for intrigue, danger, suspense, romance and sizzle, and I highly recommend it.