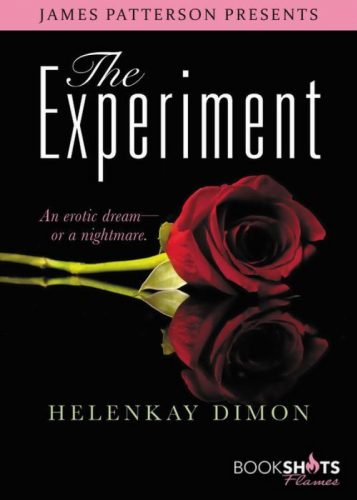 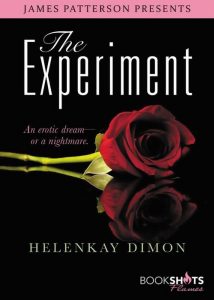 The doorbell chimed at exactly three o’clock. At the sound, a memory flashed through her. The husky voice on the other end of the line, requesting the private showing of an exclusive condo before it hit the market.

Now he was here. Right on time. The man she’d been weaving wild dreams about as she created an elaborate life story to fit that deep, penetrating voice that still vibrated through her.

She smoothed a hand over her thin pencil skirt, thought about the lacy pink bra under her silk blouse. Her lucky underwear. The ridiculously expensive matching set she bought after her first big commission. After a lifetime of being practical, she’d splurged. It was a silky reminder of how far she’d come.

A long exhale settled her nerves as she headed for the small entryway. Her heels clicked against the marble floor with each sure step, making her smile. So did the fact the extra three inches made her clock in at nearly six-foot.

She opened the door to find him standing there. White T-shirt with tattoos running up each arm. A pattern of lines and arrows that followed the outline and curve of his sleek muscles before disappearing under the thin elastic band cutting across his biceps.

She took it all in. Let her gaze wander over his broad chest and the sexy way the bottom of his tee skimmed the top of his faded jeans. The visual tour ended with his face, which proved to be as impressive as the rest of him. A roughness lingered there, but the bright green eyes softened him. Not much, but a little. Enough for her to pick up on the intensity of his stare.

As his gaze roamed over her, brushing over every inch, a sly smile crossed his lips and heat seared through her. She fought the urge to skim her fingers over the buttons running down her shirt to make sure they hadn’t spontaneously burned off.

Before she could fidget under the scrutiny, she heard a throat clearing. Not his. No, this came from Frederick, the security guard who usually stood watch at the front door. He was an institution in the high-end building sitting just blocks from the National Zoo. In Washington, D.C., a city filled with powerful people,

Frederick had the ultimate power of deciding who got in and who didn’t. He hovered and frowned. “Ms. Sullivan? Do you want me to–”

“She’s expecting me. ” That sexy voice broke through the tension swirling around them.

The sound licked against her as she struggled to swallow. To say something. When the visitor’s eyebrow rose, she punched out a few words. “It’s okay, Frederick. This man is here for me.”

“Yes, I am.” His voice dipped even lower.

She managed to shift to the side and let him come inside. All six-foot-three of him. Pure, walking sex. She spied the simple black watch on his wrist and those hands. Long fingers. And when he walked toward the floor-to-ceiling windows and she got a full-on shot of that ass.

Her common sense melted and a new need thumped in its place.

“We’re fine.” She almost slammed the door in poor Frederick’s face but managed to throw him a quick smile first.

When the lock clicked into place she glanced at her appointment to find him staring at her. He looked somewhat out of place in the crisp, refurbished space. He’d fit in a cool converted garage apartment or maybe an artist’s loft. Somewhere that matched his accept-me-as-I-am attitude. Here, he’d have to follow the strict rules of a fussy condo board.

“Are you ready for me?” His question echoed and bounced off the hardwood floor and soaring ceiling.

Her heartbeat kicked up until it thundered in her ears. “For what?”

“Anything.” He continued to study her. “Everything.”

This. Was. Work. She let that reminder run through her brain as she picked up the real estate flier and handed it to him. “You said you were looking for a one bedroom.”

He glanced down at the paper but didn’t take it. “I like tight spaces.”

She wasn’t sure how to respond to that. She headed around him to the other side of the room. “The kitchen has
been upgraded with–”

“Show me the bedroom.”

She loved that he used so few words. Each one zipped through her and had her off balance. He never blinked. Never looked away. His heated stare suggested he wanted to strip her, and every part of her wanted to let him.

But they had business to discuss. “You don’t care about the kitchen?”

“I don’t cook.” His gaze skimmed over her, taking a lazy turn over her breasts then down her legs and back up again. “But I’ll get a lot of use out of the bedroom.”

“Of course.” Her voice sounded scratchy and she fought to bring it back under control.

There was something about him. From the pull of his shirt across his chest to the thud of his boots against the hardwood, he telegraphed confidence. The scruff around his chin worked with his short brown hair.

He looked like a man who knew his way around a woman, who would have her squirming with dirty talk then trail his tongue all over her. Her steps almost faltered at the thought, but she caught her balance in time. A tiny tremor ran through her as she walked across the open space and stood in the bedroom doorway.

Her gaze shot to the windows then to the huge bed and pile of pillows stacked against the headboard. “Here it is.”

“Are you going to let me in, Ms. Sullivan? Show me what I want to see?” He stood right behind her.

A small puff of air brushed against her ear as his words spun through her. Heat radiated off him and smacked into her. He hadn’t touched her but stood close enough for her to feel his height, his strength. He practically surrounded her. A desperate need to see how their bodies fit together slammed into her.

She braced her hand against the doorjamb but didn’t move further into the room. “Will your wife want to schedule an appointment?”

“No wife.” His fingertips skimmed the back of her neck, tickled her skin.

“I prefer to be free to go after what I want.” The collar of her shirt slipped back. His lips followed his hand. His mouth trailed down and over her bare shoulder. That scruff scratched against her, stealing her breath. “Who I want.” 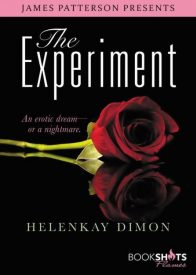