“Can You Hand Me the Tape?” 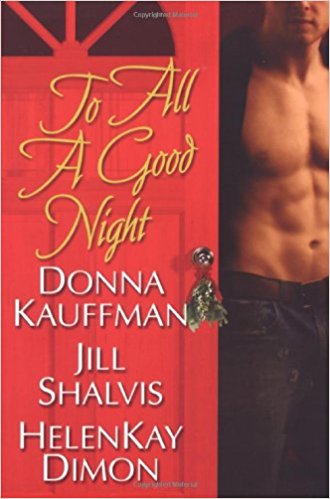 Natalie Pritchard is desperate. It’s a week before Christmas and she’s lost the naughty tape she made for her now-ex-boyfriend. She’s so desperate, in fact, that she’ll turn to her nemesis Spencer Donovan for help. The sexy criminal defense attorney would be only too happy to assist—but can Emma afford his price?

“Can You Hand Me the Tape?” 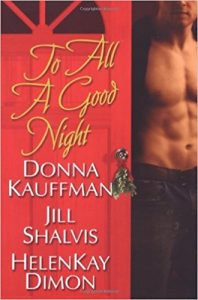 Asking anyone for help made Natalie Pritchard uncomfortable. Asking this guy made her downright twitchy.

Spencer Donovan stopped in the middle of shrugging out of his overcoat. “What are you doing here?”

She would have been offended at his tone except she asked the same question about forty times on her walk from the courthouse to Spence’s office. Her current sorry situation kept her distracted and off balance, which explained why she stood in the middle of the room with melting snow dripping down her chin and not a clue about how to begin her story.

“I followed you,” she said just jumping in instead of over-thinking the situation.

“From the garage downstairs?”

“From the courthouse.” Over several blocks, through security in lobby, up fourteen floors, past his assistant Sue, and into the private office suite. She now knew Spence was not an easy man to stalk.

He acted as if the feat were impossible. And, since it felt more like ten miles, all of them straight uphill with ice blocks for feet, she could understand his confusion.

“A bit more than two actually.”

“That explains the shoes.”

She glanced down at the hiking boots making her feet look like she wore a size fifteen or whatever size a giant wore. “They don’t match the outfit but they kept me from falling down on the way over here.”

His comment was not exactly news. “Mixing with freezing rain. Yeah.”

She lost feeling in her face ten minutes earlier. The freezing temperatures in Washington, D.C. wiped out all of her nerve endings and left behind only a wet, shivering mess. At that moment she felt strands of her hair sticking to her face and counted the lack of a mirror in the room as a small mercy.

“Did Charlie send you in to talk to me?” Spence’s dark brown eyes glanced past her and out into the empty hallway of the flashy office behind her.

Charlie Adams. The very big, very nasty and very annoying reason she now stood in a puddle in front of Spence’s desk.

“Why would you think that?”

“Charlie’s tried everything else to piss me off during the last two weeks. It was only a matter of time until he used you.” Spence sat back in his oversized black leather chair.

“No one uses me…” His words sunk into her brain. “And why would my coming here tick you off?”

She ignored the slam. “Are you and Charlie fighting?”

“That’s an interesting way to put it.”

Lawyers and their control issues. “Fine. How do you think I should say it?”

Spence leaned back as he let out a long exhale. “We’re dissolving our law partnership. Charlie wants the office space and most of our clients. I want him to have neither of those.”

Spence motioned for her to take a seat after she closed the door. “It’s fair to say we passed from a simple fight to a probable court case weeks ago.”

More like ugh. She needed Spence to reason with Charlie. Hard for that to happen if the knuckleheads were busy trying to destroy each other. 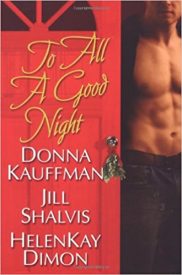 Any reader who would love to wake up to find a hunky hero in her stocking will adore this collection of fun holiday tales by three top-notch authors. Each story offers a delicious romance and Christmas cheer.

…a healthy dose of fun along with the romance, with sexy banter and appealing characters.