Book 1 in the Greenway Range Series 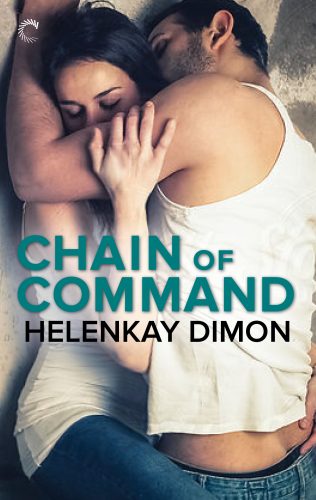 Retired marine Sawyer Cain can’t forget all he’s seen and lost, but he can try to start over. Opening a gun range with his closest friends is the first step toward a new life—one where he finally buries the guilt he can’t seem to shake. So much depends on the property he needs to buy…and the gorgeous but completely frustrating woman who refuses to sell it.

Hailey Thorne is done—with loss and with anything military, after the closest thing she had to an uncle died in Afghanistan. When Sawyer shows up on her porch he has military written all over him. He’s one more in a long line of people who wants the land she inherited, and suddenly he’s everywhere she goes. Hailey can’t get the broad-shouldered, dirty-talking, dead-serious man out of her head. Or her life.

Sawyer’s not above using his skills in the bedroom to try to convince her to sell, and Hailey is more than willing to let him. Their pleasure-only arrangement works…until emotions get in the way. But Sawyer has a secret he’s convinced will have Hailey hating him forever, and Hailey’s not willing to risk loving anyone she could lose.

Book 1 in the Greenway Range Series

is Book 1 in the Greenway Range Series 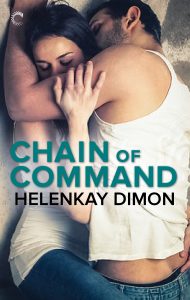 Real-life Sawyer Cain proved far more potent than the version she’d seen in photographs. Dark hair all grown out from his military days, broad shoulders…that expansive muscled back. Hailey Thorne picked him out from fifteen feet away, across a crowded bar. Bad lighting and all. It was almost too easy to spot him and zoom in for a better look.Not that she was here to gawk, though it certainly didn’t hurt anything to steal a moment or two and admire the guy from a safe distance. Men did that sort of thing all the time. No reason a woman couldn’t engage in a bit of male appreciation now and then. But this was about recon. She’d heard all about him. He kept contacting her. Leaving messages that highlighted his commanding presence without saying much at all.

At first she’d been intrigued…well, to be honest, she’d never stopped being intrigued, which explained why she tracked him down. Not hard to do in the small area north of San Diego. The sleepy beach-town atmosphere—even though the town sat miles away from the water—meant new people stuck out, especially ones that looked like him.

And Sawyer had made an impression. He’d also been asking about her. Even stumbled into her friend’s bakery and dropped her name. From what Hailey picked up, Sawyer pegged her as being older and didn’t have a photo or clear description. Her knowing about him and him only knowing her name made him interesting. It also put him squarely on her radar.

Grabbing the opportunity to meet him on neutral turf with all the barriers down seemed like a good idea. Or it did until he turned his head and pinned her with an intense stare. The face was as impressive as the rest of him.

She forced her legs to move. She aimed for a self-assured walk in her spiky heels and dark jeans but feared her steps came off as clunky. Suddenly each thigh weighed a hundred pounds and she all but dragged them along with her.

An odd sensation but one Sawyer didn’t appear to notice. No, he watched her every move with his gaze performing a quick bounce up and down her body as a smile formed on his lips. When she got closer, he nodded toward the empty barstool next to him.

She didn’t play hard to get. She wasn’t there to ignore him, so she slid onto the seat and tried not to notice how their legs touched. The fact he never broke eye contact set off some sort of weird fluttering in her chest. She chalked it up to indigestion because she was absolutely not the fluttering type.

“What are you having?” he asked.

The deep voice skidded across her senses. It figured he sounded as good as he looked. The guy did not make the whole staking him out and staying cool thing very easy. “Whatever you’re having.”

“You can’t go wrong with beer.” He winked at her then signaled the bartender.

Women talked about the parts of a man they found attractive. Ass, shoulders, face. Sawyer scored high in all three. But she always looked at the hands. She liked long fingers and clean nails. Not too pretty. Hands that showed off a work ethic and certain strength, along with a promise that he knew what to do with them when the lights went off. Damn if Sawyer didn’t win that contest too.

She shook it…while she lied her butt off. “Let’s call me Sue.”

The bartender plunked a bottle and glass down in front of her. She grabbed for the bottle to keep from latching on to the handshake too long.

“So…” Sawyer rested his elbows on the bar and managed to look hot doing even something that mundane. “Do you usually call yourself something other than Sue?”

“Usually.” But the goal was to keep her identity a secret. Just for now, until she could figure out the smooth-talking hottie’s real game.

“Aren’t you the cryptic one?”

“I hear some men find that compelling.” She’d never been the mysterious type. More like practical and a straight shooter, but there was something about the innocent flirting, the testing of a surprise attraction that struck her as pretty empowering.

“I can guarantee you have my attention.” He spun the bottle around until the bottom clanked against the wood bar. “Had it from the second you walked in the door.”

That made two of them. “You’re quite the sweet talker.”

“For the record, talking is just one of my skills.”

Did his voice dip even lower? “Oh really?”

For a second her reason for coming here tonight, to track down the guy who kept asking to meet her, slipped from her mind. The noise of the bar, the hum of conversation and music playing in the background, faded away. There was just him and her. And that face…sweet baby Jesus. Pronounced cheekbones and a firm chin. He could be on a recruitment poster for just about anything. People would line up to join.

“Not to brag, but…” He wiggled his eyebrows. On him it came off as cute rather than cheesy.

She’d really been hoping for cheesy. For anything that would make it easy for her to write him off, go home, kick off the stupid shoes and send a polite “thanks, but no thanks” text in response to his requests for attention. But, no.

“Do tell.” The words slipped out of her before common sense could take hold.

“There are things I like to do.” His eyes actually gleamed a bit as he said the words.

Green. She’d been unable to tell the color of his eyes in the photos Rob left, but now she knew. Grass green, a bright shot of color in the middle of the whole Tall, Dark and Holy-Hell-He’s-Hot thing he had going on.

She inhaled, trying to quiet the sudden buzzing sound in her brain. “Like?”

“Are you sure you want to know?”

She wouldn’t be able to think about anything else until he spit it out. “Yes.”

This guy knew how to flirt. “Don’t keep me waiting.”

“Things I’d do with my mouth and hands. Over your skin. Across your collarbone…down to the small of your back. Heated touches that start a countdown running in your head while you beg for more.” He set the bottle away from him. “Things that involve us getting out of here. Me sliding those sexy jeans down your legs. Smelling you. Tasting you.”

Sweet damn. She didn’t do one-night stands and as a rule she stayed away from military guys. Far away. She’d suffered one loss too many to dive back into that pool. Her parents. A boyfriend. Rob Turner, the uncle-in-every-way-but-blood who raised her but died in Afghanistan a little more than a year ago. Sawyer might be a retired marine but he still possessed the mindset. They all owned it. That unrelenting need to get back in the game. And she didn’t need another rush into a fire type.

But that didn’t diminish his hotness. Not one bit, which ticked her off. He talked with that smoky edge to his voice and she wanted to strip off her bra.

Maybe meeting him at a bar had been a bad idea. Like, epically bad. 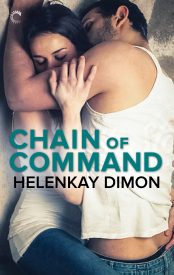