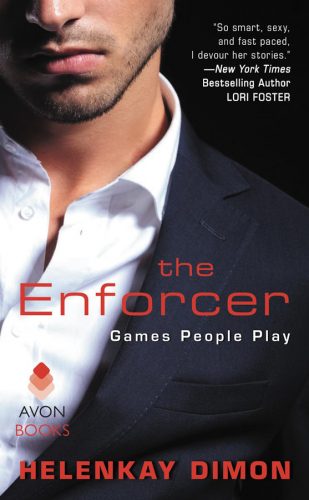 Security expert Matthias Clarke hunts down people who don’t want to be found. His latest prey: the sole survivor of a massacre that killed his brother years ago. Kayla Roy claimed she was a victim of the carnage. Then she disappeared. Matthias thinks Kayla may have actually been the killer—and he wants justice.

Kayla Roy never stays in one place too long and never lets a man get too close. But keeping Matthias at arm’s length may be impossible. Dark and enigmatic, Matthias draws Kayla in from the start. She knows nothing about his connection to her dark past, or his thirst for vengeance. She only knows their attraction feels overpowering—and very dangerous.

Matthias’s suspicions about the sensual Kayla clash with his instinct to protect her, especially when he realizes her life is in danger. But Kayla’s not looking for a savior—especially one who seems hell-bent on tempting her down a lethal path.

is Book 2 in the Games People Play Series 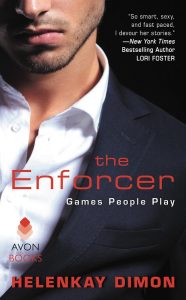 The shower burned hot enough to scald her skin. She didn’t care. After two hours of running and months of training for the half marathon, her muscles rejoiced at the healing heat.

She rested her hand against the white subway tile and let the water rush over her neck, through her tangled hair and down the sides of her face. Just a few more minutes and a good dose of bath gel and she’d be human again. Or as close as she got to that these days.

The dull ache in her knee kicked up to a steady thump, but she couldn’t take the time to baby it with a foam roller and more stretching. Minutes were all she could spare because she had dinner plans with her roommates. Not that she wanted to go, but she’d promised. They were waiting downstairs for her now. Would probably bang on the door any second. Sometimes they acted more like circus animals at feeding time than college students. Though, in reality, many days there weren’t many differences between the two groups when it came to Nick and Steve.

As soon as she thought about being interrupted, she heard a loud slam. “Oh, come on,” she mumbled in the stall, letting the water run into her mouth.

A second thud interrupted her building frustration. It sounded like they were playing basketball inside the house instead of in the driveway . . . again. Well, they could all exercise a little patience while she found underwear and a brush.

“I need two minutes,” she called out to anyone who might be hovering nearby ready to bug her with an unending stream of whining.

Somewhere in the house glass shattered.

“What the hell?” She reached out and turned off the spray, letting the rings rattle against the metal bar as she pulled the curtain back.

Straining to listen for the inevitable screaming match that usually came with broken dishes, she waited. She expected to hear her name or for someone to call for her to hurry up. Quiet thundered around her. Missing were the expected creaks of the two-story house and punch of the air conditioner as the ancient, rarely used device kicked on.

The total absence of sound was so odd, so unlike every other day in the house, that it chilled her. Cold radiated through her and her teeth started to click together despite the humidity hanging over the room.

Wrapping a thick towel around her body, she climbed out of the chipped tub. With the cotton edges knotted in her fist between her breasts, she opened the door and peeked into the hallway. The slap of her bare feet against the floor echoed around her as she stepped out of the sticky warm bathroom.

“Hello?” When no one bothered to answer, a strange whirling took off in her chest. “This isn’t funny, you know.”

A click broke the silence. The front door. She’d know that sound anywhere. She’d slipped in often enough to identify a covert return. After all the nagging about her being late and holding up the food, maybe they took off. Figured.

Leaning over the banister and peering down the steps, she could see the overhead family room light was on. Darkness fell over the rest of the floor. Since she had the keys and the car, the idea of them leaving didn’t make much sense. If this was their way of getting her downstairs . . . well, it was about to work. But she’d had it with the passive-aggressive crap. She could tiptoe in and scare them first. That would teach her so-called friends to play stupid games.

She edged around the one spot in the hardwood floor guaranteed to produce a loud squeak. Sneaking was not easy in this place. Getting down the steps without clueing them all in on her approach would be harder. She tried to balance her weight because almost every one of those stairs made a sound. Hell, she could play a tune without even trying, so she barely let the balls of her feet touch while shifting from one step to another. Slow and careful.

Getting down took forever. She could swear she felt the minutes tick by through the thick silence. No one on the first floor made a sound. She had no idea when they’d picked up those skills.

With one hand on the railing and the other in a death grip on the towel, she rounded the bottom of the staircase and stepped into the main room prepared to make some noise of her own. She’d see how much they liked the interruptions.

Words caught in her throat as red flashed in front of her. Streaks of bright crimson slashing across beige paint and linen lampshades. Splashed on the walls. Sprayed across the drawn curtains. Forming a puddle on the area in front of the couch.

What the hell was she looking at? Her brain refused to function. It sputtered as the images ran in fast-forward in front of her. Her heart raced until it pounded in her ears. Her heavy breathing filled the room as she struggled to take it all in.

No chatter or laughter. No television or music. One body on the couch. Another on the floor reaching up to the cushions. Eyes open and deep gashes across their throats. Two bodies in the family room. Her friends and no signs of life.

Blood stained everything, seeping and growing, leaving a sea of red running through the family room. She inhaled a faint mix of metal and men’s cologne as she tried to shake the numbing darkness before it settled in her brain.

Nothing made sense. They should be joking and drinking beers. Sitting around complaining about how long it took her to shower.

She tried to gulp in air but her lungs refused to work. Had to grab on to the towel around her, digging her fingernails into the material until she heard a ripping sound.

After a minute, reality crashed through her brain. They were dead. Her best friends. Massacred.

Panic exploded all around her. It filled every cell until it nearly choked her. Every muscle tightened as the room’s stale air smacked into her face. Her feet tangled with something beneath her as she stumbled back. Losing her balance, she grabbed for the entry table but missed. The lamp bobbled and then tipped. Her keys jangled as they fell.

In a whoosh, she went down, landing hard on her side and hip. Throwing out her hand, she barely missed cracking her head against the floor as her towel fell open and slipped off. Even without moving, the air refused to return to her lungs. Bile rushed up her throat as the blurriness left her vision. It took several gasps before she could inhale without gagging and lift her upper body.

She closed her eyes and tried to count down from ten. Around three her brain blinked out again. Her eyes popped open and she looked around, hoping the horror movie scene had vanished. But this wasn’t a dream and it was worse than any nightmare. Blood and death thumped off every wall. Blinding fear screamed through the room and skated down her spine.

When she tried to sit up her foot knocked against something hard. Her gaze swept down her legs. The sight that greeted her had her jerking, pressing her back hard against the wall. Another body with lifeless eyes frozen in a look of pure terror. Hand outstretched with scratches against the wood floor. Her friend had fought and clawed . . . and died.

A crush of pain rolled over her. Trembling started in her muscles then rocked hard enough to send her entire body into a shaking frenzy. She whimpered and fought for the fine edge of sanity as the full shock of her surroundings finally registered in her brain.

While she stretched and cooled down listening to music, while she showered, someone had broken into the house. She’d been locked away upstairs from her friends for ten minutes, maybe fifteen, and this.

The why and how swirled around her, making her dizzy, until a new bolt of fear shot through her. He could still be there. The attacker . . . him . . . her.

She had to move. Run.

Panic washed away the shock as her heartbeat hammered in her ears. She listened for footsteps but couldn’t hear anything over the wheezing pull of breath into her lungs.

Without moving her legs or stopping her constant scan of the room, she reached behind her and tugged on the phone cord. The receiver shook on the stand before tumbling. She grabbed for it as it knocked against her bare shoulder, fumbling before it fell to the floor. She pushed random buttons without looking and hung up then tried again. 9-1-1.

A man answered on the second ring. She heard the deep voice, felt the cool plastic under her fingers, as the words clogged her throat. “I . . . I need . . .”

She closed her eyes, trying to block out everything in front of her. She had to concentrate. Had to move before an unseen knife sliced through her.

“They’re all dead.” The harsh whisper had her glancing around until she realized it had come from her dry throat.

The operator hesitated. “What?”

Naked and shaking, she dropped her forehead to her knees and started rocking. “Help me.” 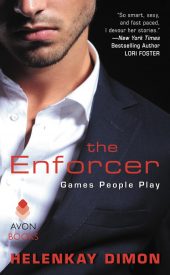 The dialog is so brilliant with the clever twists of words, the roundabout answers, the wit, the subtle humor, the banter. It flows so fluently I want to treasure every word of the tale.

Ms. Dimon crafts an intriguing plot that unfolds at a pace that satisfies the reader’s need for forward motion while allowing time for the romance between Matthias and Kayla to develop…

[T]he delicious tension between Kayla and Matthias was fantastically done, adding another layer of enjoyment to this book.

The chemistry between Matthias and Kayla is wonderfully done…Their banter is fun and I enjoyed every scene between them.

— The Good, The Bad, and the Unread