Book 3 in the Mystery Men Series 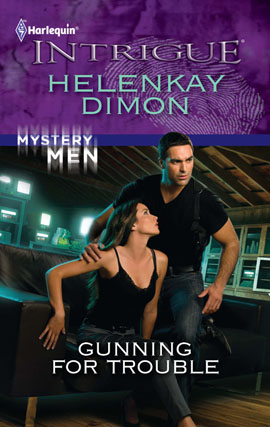 When he was recruited by the Recovery Project, Caleb Mattern found a new lease on life. Tracking missing persons. Protecting witnesses. But even after stretching his muscles and becoming one of the company’s elite agents, he couldn’t leave his past behind. Avery Walters wouldn’t let him.

His former boss had also been his onetime lover, and now she’s burst back into his life with dangerous consequences. But settling old scores won’t be on the agenda—not yet! With the nation’s security depending on them to act appropriately, Caleb must pull off the most impossible assignment of his career. Now that Avery’s put her life in his hands, what will Caleb do with it?

Book 3 in the Mystery Men Series

is Book 3 in the Mystery Men Series 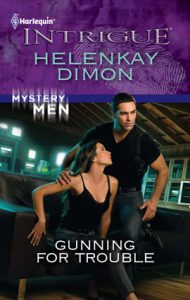 Caleb Mattern’s watch vibrated against his nightstand. The second after the warning alarm went off and the green backlight flashed, he rolled off the mattress fully awake with his hand grabbing for the gun tucked between the bottom of headboard and his of stack of pillows.

Dressed only in a pair of gray boxer briefs, he reached for the watch and stalked in a crouch through his dark bedroom. The curtains were drawn tight, not letting any light seep in and ruin his nightly four hours of sleep. Any brightness and he wouldn’t even get that much.

So, this is how the end would come. Trapped in a one-bedroom condo in his underwear. He smiled at the thought. Or he did until his fingers tightened on the weapon, causing his mind to snap to attention.

Being armed felt right. He could shoot, attack, roll. Do whatever was necessary to stay on his feet and alive. He’d learned those skills long ago and being out of commission on involuntary leave from the job he loved didn’t change the adrenaline rush.

He stalked around the end of the bed, his feet quiet as they fell against the soft beige carpet. Opening the door to the hall would be more of a challenge. He rigged it every night. If someone got into the place without triggering the alarm, a scenario he had a hard time imagining but was prepared for anyway, he had a backup plan to warn of danger. A loose floorboard just outside the bedroom. A window that only opened two inches before the sirens of Hell rang out. A hinge rigged to squeak if the door opened.

And those were just the obvious tricks.

As fast as his fingers could move, he tightened the screw at the top of the door. At the right pressure it would remain silent and he could pull off a stealth maneuver into the hall. But too long in this position and any bullet traveling through the door would hit him right in the gut. Not exactly the way he wanted to go out of this world.

He made the final twist of the bolt and then pulled the door open only the amount of space needed to slip through. Quiet echoed all around him. Other than the low hum of the refrigerator down the hall, nothing else made a sound.

The place was about seven hundred square feet. He liked it small. Made it easier to strategize and attack if needed and it looked as if tonight called for an ambush. If the intruder so much as breathed, Caleb would be all over him.

Easing into the hallway, he hesitated just long enough for his eyes to fully adjust to the dark. He stepped around the floor area designed to give away his location and headed down the short corridor to the open area. From there he could see every angle of the condo.

A shuffling noise sounded in front of him. His gaze swept over the family room and into the small kitchen area on his left.

Well, nothing at eye level. A quick survey of the floor told him what he needed to know. Not that he could see the intruder. But the guy had made a mistake. The slimmest edge of a canvas bag stuck out from behind the couch. Could be a trap but there were only a few places for someone to spring up from behind him and Caleb had his ankle wedged against the laundry door just in case someone managed to curl up in there and hide. That left the few feet of space between the couch and the television.

The rat-a-tat drumming of energy pounded through Caleb. He didn’t waste one more second waiting to get shot first. He ducked down, using the piece of furniture as a shield. Him on one side and the target on the other. In one smooth move, he launched his body up over the top of the sofa. The first grab turned up only air. He stretched forward on the second lunge, saw a flash of brown hair and then grabbed a shirt collar and pulled back. Caleb shoved his gun into the intruder’s temple just as the screaming started.

He was she. A very pissed off she.

Arms and legs thrashed. Books from his coffee table fell to the floor as she kicked out, missing the television by inches. Fingernails scraped against his forearm. When she bit him, he shoved her away. She lost her balance, careening right for the plasma screen but she caught herself in time. She spun around, her eyes wide with shock and chest rising and falling in a rhythm guaranteed to bring on a heart attack.

Identifying the threat almost did it for him. It was as if the blood stammered to a halt in his veins. “Avery?”

His muscles burned from the quick diversion from the fight. “Uh, yeah.”

“Why are you sneaking around?”

Avery Walker, former boss and lover. She fired him exactly two years ago next month. He dumped her right after. They’d carefully avoided each other ever since. “That’s my question. It’s four in the morning.”

“And how did you get into my house?”

His breathing finally pulled back to near-normal levels. “You bet you will. And while you’re at it, tell me what you’re doing here.” 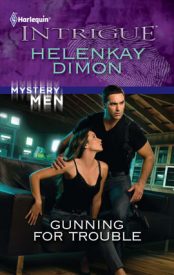 As usual, this Recovery Project series story is rife with suspects, dangers, gunfire, explosions, old nemeses, new adversaries and crosses and double crosses – and readers can only be grateful.