Book 1 in the Mystery Men Series 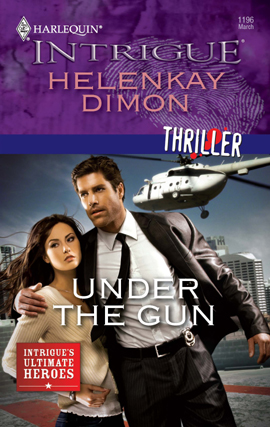 Who wanted her dead? That’s what Claire Samson wanted to know. On the run and alone, there was only one man she trusted to find her. Recovery agent Luke Hathaway was the best at locating and saving, and she needed the best if she wanted to live. But the handsome agent who promised salvation had some conditions of his own. If he were to help, she needed to stick close by his side. Very close. And the only thing more dangerous than her current situation was the way Luke made her feel. From the protective look in his green eyes, she could tell he felt the same. But every second that brought them closer together was also ticking toward an explosive confrontation that might tear them apart….

Book 1 in the Mystery Men Series

is Book 1 in the Mystery Men Series 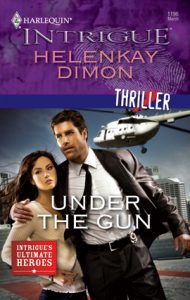 Luke Hathaway scanned the surveillance monitors set up in the non-descript Washington, D.C. office building’s underground security headquarters. The wall of television screens showed every inch of public area and private offices of the financial firm on the eighteenth floor.

He and partner Adam Wright had flashed a fake subpoena ten minutes earlier. The official-looking paper convinced the guard to give up his comfortable seat and call someone in charge for guidance. That provided Adam with just enough time to slide into the chair, tap into the system and send the feed directly back to Luke’s office across town.

Luke put his palm on the console and leaned in close to the monitors. The move blocked the guard’s line of sight and gave Luke a good look at every angle of the business on the small screens. “Seems only the bathrooms are sacred in that place. Every other square foot has a camera hidden somewhere.”

“Yeah, no paranoia there,” Adam said.

The security guard covered the phone’s mouthpiece. “What are you two doing? You can’t touch the equipment.”

“Just looking.” Luke smiled over just how easy it was to infiltrate a company in supposed lockdown.

Adam had tried to tap the computer’s hard drive from back at the office but needed direct access to the financial company’s internal system. One cover story and a stack of forged documents later, they were in. Just proved Luke’s theory that when the backdoor refused to budge, you used the front. He found that most people with something to hide spent their time covering all the tough routes to information and missed the obvious ones like an overweight fifty year-old security guard who nearly wet himself at the sight of a sheet of paper with a big seal on it.

“Now there’s something worth watching.” Adam let out a low whistle and hitched his chin at the screen to Luke’s right. “The lady with the fine-”

Luke saw the flash of jeans out of the corner of his eyes. “Yeah, I can see.”

Adam laughed. “It’s your lack of enthusiasm that has me concerned.”

Even in black and white Luke saw long dark hair and an impressive shape. Still, he needed Adam to focus on the job so they could get out of there before the guard hung up the phone and figured out what was going on.

“Drool on your own time.” Luke returned to memorizing the area around the receptionist’s desk in the financial office upstairs. But a prickling sensation at the base of his neck pulled his attention back to the image of the woman at the elevator.

There was something familiar about her. Something about her perfect posture with shoulders back and her chin lifted high, almost daring anyone to question her. That curvy shape, from her slim waist to the way her dark jeans hugged her hips.

Just then she turned around and stared straight into the security camera. Didn’t even pretend not to notice the device in the black bubble hanging above her head. Big eyes. Flirty smile. Hands resting on her hips in a way to sure to highlight the rocking body underneath that slim-fitting t-shirt.

The hair was darker but Luke would know that face anywhere. Hard not to recognize the woman who dumped him right before their wedding two years ago. The same woman now on the run and wanted for murder.

“Is that-” Adam came up out of the chair and pressed his face close to the screen.

The woman always did have the worst timing. “Yeah.”

Luke fought off the urge to throw something. “Definitely is.”

The security guard dropped the phone and joined Adam at the desk. “Who is she?”

Adam shook his head as if trying to believe his eyes. “Claire Samson.”

Luke mentally skipped ahead to his next move. Analyzing how and why Claire had dropped right in front of him could wait. Catching her was the priority here.

He reached into his jacket pocket, grateful that he wore a suit and brought the microphone just in case. “Got it.”

“What are you doing” Adam asked.

“Washing my car. What do you think?” Luke slipped the tiny disc in his ear and tapped it to test its strength. “We’re good to go.”

“Care to fill me in on where?” Adam asked.

Luke pointed at the screen. “You are staying here and watching her. I’m going to get out there and grab her before she runs again.”

The guard looked back and forth between them. “Isn’t she an escaped convict or something?”

“The official term is person of interest. Luke-”

Enough talk. “Adam, your job is to tell me exactly where she goes. If she moves, I want to know it. You’re my eyes on this.”

The guard shook his head. “Her photo’s been all over the news for the last two weeks. We need to call someone…or, wait. Are you the guys we call?”

Luke knew better than to sit around and debate this issue. The one thing he was an expert in was watching Claire leave. Give her a couple minutes head start and she would slip into a crowd and disappear.

Adam grabbed Luke’s arm before he could take off. “She clearly knows you’re on site. She wants your attention.”

Even now while working this other job, watching an idiot businessman who made his chief financial officer disappear, Luke had been thinking about Claire and where she might be. About how he could drag her back to Virginia and put her in jail.

“It isn’t our job to go after Claire. We’re on this…” Adam shot the guard a scowl before lowering his voice. “We have another assignment, Luke. We need to stay here and let the police handle Claire.”

Luke had tried that. He had sat back and watched law enforcement lose her trail. No way was he letting her walk out on him again. There was only one reason for her to be in this building, a place she didn’t belong, on this day. She was following him. She wanted him to notice and come after her. He was happy to oblige. 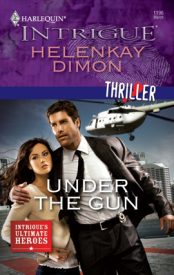 …a first-class thriller and the hero with heart…

The thrilling start immediately had my attention and held it and it was filled with hard-core action with the gunfights, fistfights and the suspense.