Book 2 in the Holloway Series 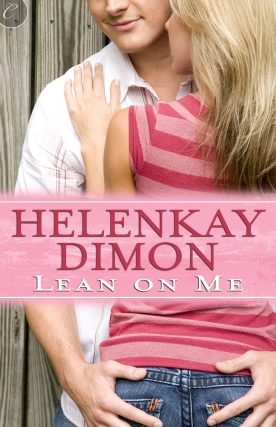 Cassidy Clarke once climbed the world’s highest mountains, but after an unexpected illness ends her career she’s back in her hometown, broke and hoping for a little luck. But the townsfolk aren’t exactly putting out a welcome mat for the woman who once snubbed them in the media, despite her apologies now.

Mitch Anders knows someone has set up camp on the grounds of his plant nursery, and he’s surprised to find his sexy high school crush ducking questions about where she’s staying. Though he’s sworn to stop cleaning up other people’s messes, Mitch offers Cassidy a job and a place to stay—his place. Bedsharing optional, but definitely welcome.

Out of options and too attracted to Mitch to keep things platonic, Cassidy says yes to his offer. She wants to get back on her feet financially and start a new career. She never expects to suffer a different kind of fall, one that has her believing Mitch just might bring her something bigger and better than luck.

Book 2 in the Holloway Series

is Book 2 in the Holloway Series 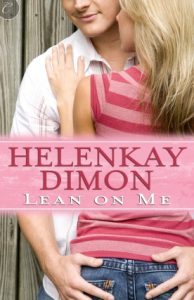 The steady buzz of conversation and bustle of people walking up and down the wide aisles of Thomas Nurseries ceased when Cassidy Clarke walked through the door.

She stopped after a few steps, waiting for her hair to frizz to ten times its normal size thanks to the shift from the dry, cool October air outside to the humid air inside the greenhouse. To keep from running her hands through it a thousand or so times, she slipped in front of the display of heirloom roses and pretended she couldn’t feel the strands swelling fill a helmet.

She also did the I-can’t-see-you-or-hear-you thing with the crowd. The same coping mechanism she’d perfected over the last year. She assumed that’s what the folks from her hometown wanted since half the customers spoke in pseudowhispers that sounded more like yelling as they talked about her. The other half openly stared. She’d heard people mumble her name with the phrase The Fall right after about ten times now. She could only guess that referred to the end of her career…though it also applied to the complete implosion of her self-esteem.

She didn’t really blame them. It was her fault. Well, partly the reporter’s fault, but mostly hers. It had been almost three years since the stupid article came out, since she offended every single one of the 941 residents of Holloway, West Virginia. That would teach her to give an interview from Base Camp at Mount Everest. She’d been sitting there, half delirious from exhaustion and still partially frozen from the punishing descent, when she got on the satellite phone and made the not-so-flattering comments about growing up in Holloway. After all this time she still got scolding e-mails from people who’d known her when she was a “nice girl” which she’d been informed, sometimes in very descriptive language, she no longer was.

She drummed her fingers against the wooden table and wondered for the hundredth time why she thought returning home was such a great idea. True, she didn’t have a place to stay or money or a climbing career anymore. If she gave herself a second, she could probably work up a pretty good pity party, maybe even crawl under the table and hide. That would give the residents the kind of show they craved. But the whole how-dare-she-show-her-face thing was going to wear thin fast.

She turned, ready to bat away any flying tomatoes that might come flying her way, and stared into a dark gray T-shirt straining against a firm, broad chest. Her gaze wandered up and over an open plaid shirt and a set of impressive shoulders underneath. Then she got to the face and the smile with the sexy cheek dimple.

This guy could throw anything at her and she’d be fine so long as she got to stare at him for a few more seconds. Maybe run her fingers over the dark stubble on his chin and cheeks. He had a five-o’clock shadow at two in the afternoon, and, boy, wasn’t that the sexiest thing ever.

Nice to know her girl parts still worked fine even on an unwanted limited-calorie diet. “Yes, may I help you with something?”

“When did you get back into town?”

Figured he’d have one of those deep, husky voices that vibrated right down to her…yeah, she wasn’t letting her mind wander there. “Yesterday.”

He put his hands on his lean hips. “Are you staying at the house?”

Something thunked in her brain.

“We dated in high school.”

This time her brain clicked off. When it flickered back to life an error message flashed. “What are you talking about?”

“Well, we would have if you had shown up as promised.”

She could see every person in the room lean in closer. Even the soft music pumping through the speakers faded into the background. “Uh…”

Because it never happened. 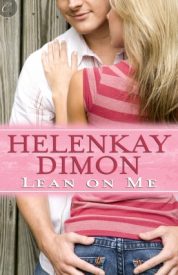 …as is usually the case with a HelenKay Dimon book, the sex scenes were hot and the dialogue sparkled.

It’s a light, fun, sexy contemporary which was a pleasure to read.

Lean On Me is a fun and engaging read from start to end. A perfect Pick-me-up to brighten your day!