Book 4 in the Holloway Series 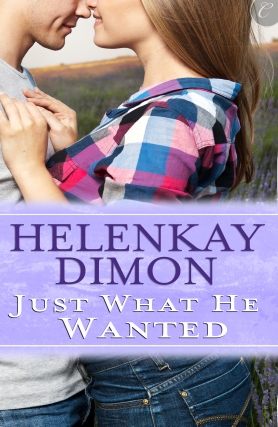 Travis Yardley thought he had everything he needed, but one look at Andrea Patterson shows him he was wrong. Andie is a gorgeous, curvy, blonde, who moves to town to manage a nearby campground. Seizing the chance to get close to her, Travis volunteers as toure guide and “bodyguard.”

After a bad breakup, Andie is looking to start over and determined to put her heart on hiatus. She’s working on her self-esteem, and she is not ready for the likes of Travis. He comes on strong, with all the energy of a guy almost ten years her junior, which is exactly what he is.

Even as Travis’s troubled past catches up with him, he pulls out all the stops to convince Andie he deserves a chance. And with the spring thaw hitting the Mountain View Resort, Andie discovers her own temperature rising whenever Travis looks her way…

Book 4 in the Holloway Series

is Book 4 in the Holloway Series 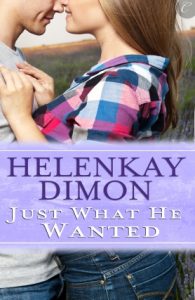 Andie Patterson stomped her foot against the loose ground and patted it down with the back of the shovel. She hadn’t intended to replant the shrubbery, but she’d tripped over the wild branches for the tenth time in two days and, well, that was that.

She’d moved from Philadelphia to the middle of nowhere West Virginia to get back to her country roots. She just hadn’t planned to have those roots all over her. Dirt now streaked across her faded “I’m the Boss” T-shirt. At least she wore a matching look. The clumps of wet mud missed her olive shirts and went right to skin.

If her ex-boyfriend could see her now. He appreciated fine wine and the opera, considered loosening his tie casual dress and practically lived in the office. She had no idea how they lasted ten months.

The sound of tires against gravel grabbed her attention. She had four cabins booked and all but one couple had sprinted out of there early this morning for a climb before the hot sun baked the trails. Cassidy, the woman Spence introduced as Mitch’s girlfriend even though Andie barely knew who Mitch was, led the activities. She was some sort of expert climber, and many of the calls coming in for new reservations wanted to book time with her.

The twosome that stayed behind likely had other activities in mind since they checked in to celebrate getting engaged. Andie put them on the far end for privacy.

A guy climbed out of the pickup. Through the rolled-down window she could make out a dark T-shirt and sandy brown hair. Then he shut the door and started toward her.

Damn. The heavens sure did shine on country boys. This one had a confident walk to match the could-lift-a-bus shoulders. Add in the faded blue jeans and skin that looked smooth enough to eat off of, and a woman could get a bit breathless.

She would have if he weren’t, like, twenty. Good grief, it was a wonder he could even grow that sexy scruff around his chin at his age.

Doing a little dip with her gaze, touring it all over him, made her feel like a dirty old woman even though she was right on the edge of thirty-five. Not that she was quite ready to look somewhere else. Not when the young hottie stopped right in front of her.

He was six-feet of hello-there-handsome. She ignored that and pretended to be a mature professional, though him looking like that didn’t make it easy. “Good afternoon.”

Up close, only a few feet away, she got a nice view. Green eyes, not dark or almost brown. A pale shade of green.

And he had one of those deep voices with a slight southern lilt. Man, he got sexier by the second. “You found her.”

His smile faltered. “Excuse me?”

The conversation seemed stuck. She tried again because it was either that or look in on the cabin the writer guy checked out of that morning. She never saw him so much as open a window in the two days since she arrived. She seriously considered setting off a disinfectant bomb and hunting down a hazmat suit.

But she had another male to deal with at the moment. “You seem to like asking questions.”

Well, that didn’t work. She thought the 38Ds would give him a hint, but she spelled it out anyway. “You’re looking for Andy with a ‘y’ but it’s Andie with an ‘ie’.”

“You don’t need to call me ma’am.” Mostly because it made her feel ninety.

The poor thing looked like he’d been hit with a big stick. “Andie as in Andrea, but no one ever calls me that. Well, not more than once.”

“There you go.” He’d stopped frowning and making every response sound like a question. She decided that amounted to progress. Of a sort. “What can I do for you?”

The leaves rustled high in the soaring trees as her hiking boot sank into the wet ground. She stepped up onto the porch of the administrative office off to the left of the semicircle of cabins. “Could you be more specific?”

“Spence and Lila sent me.”

Andie’s bosses and, in the case of Lila, a friend from Philadelphia. She’d headed down here about six months ago. The rock on the finger suggested she was staying, which worked for Andie because she’d needed a place to land and Lila provided one.

The young one balanced the underside of his sneakered foot against the bottom porch step. He slid it against the edge and a squeak echoed through the thick woods. “They didn’t tell you?”

This was getting weird. “Clearly not.”

“I work for Spence at Thomas Nurseries and…does that name sound familiar?”

“You’ll notice I’m still listening.” But she backed up as she did. Her cell sat on the small table next to the rocking chair. The shotgun balanced against the wall behind the sitting setup. A woman had to be smart no matter how cute the guy in front of her happened to be.

“Okay then. See, Lila asked me to come out here and help, maybe see what I can do to make the transition for you easier.”

Funny how Lila forgot to mention any of this. Sure, she’d talked about some remaining cabin rehab to be done and a guy coming out. But she’d skipped the part about throwing out business terms that reminded Andie of her lawyer ex and the small firm of lawyers she worked for as an office manager until she left the city for good. Maybe that was a good thing.

“Transition to what?” Andie had the employment contract inside her cabin. If there was a “transition” clause, she’d missed it.

“I’m trying to figure out why you asked that one as a question.” Maybe it was some sort of demented reflex or something. Either way, it made the blood pound in her temples. “You were doing so well until right there.”

Just What He Wanted by HelenKay Dimon is a sweet and heartbreaking romance that will make you smile and make you cry as you read along, a HJ recommended read.

JUST WHAT HE WANTED is truly the BEST book of the Holloway series.

The romance, the personalities, the teasing and well meaning friends it all fit together for a wonderful story.

This was a sweet, cute, short and funny read.

An enjoyable read from start to finish with lots of twists and turns to finally get to the happily ever after.

Flirty and cheerful, this latest from Dimon is chock-full of endearing characters and yearning desire.

JUST WHAT HE WANTED is a great addition to this series, if not one of my favorite stories in it. It’s sweet and sexy with a great romance that will just sweep you away for a little while. If you are looking for a light contemporary quick pick me up, then this will fit!