We'll Be Home for Christmas 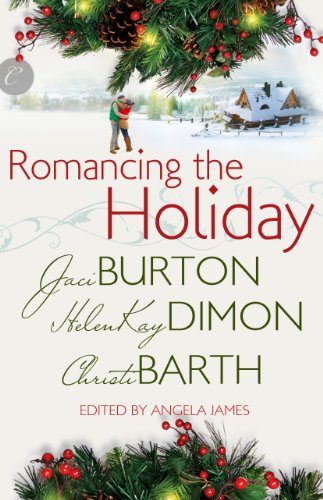 We wish you a merry Christmas…and a happily ever after!

A memorable three-night stand gets rekindled in a cabin in West Virginia. An office romance is sparked by an impulsive holiday kiss. And two best friends scout locations for a marriage proposal and discover that they make a perfect match. ‘Tis the season for laughter, love and a lifetime of happiness.

We’ll Be Home for Christmas

No man likes having his bedroom skills described as forgettable, but that’s just what Lila Payne does when she runs into Spencer Thomas again. When she discovers that he’d lied about his name during their brief three-day romp a few months before, she’s so angry that she pretends she doesn’t remember him.

Spence regrets his deception, but not as much as he regrets that their time together didn’t last longer. When she shows up in his town, looking to revitalize her uncle’s mountain resort, Spence is determined to help. Maybe rescuing Lila from a hopeless renovation project will get him in her good graces—and back in her bed.

Lila has no interest in being rescued, and Spence is insulted by her stubborn rebuffs and her “faulty” memory. But when rehab work turns into an after-hours meeting, the two of them are in for a night that just might prove unforgettable…

We'll Be Home for Christmas

is Part of the Holloway Series 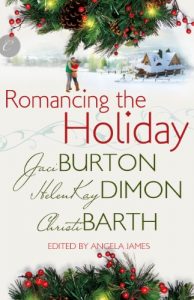 Lila Payne looked at the slip of paper in her hand then back to the building in front of her. Not so much a building as a sprawl of buildings with a Thomas Nurseries sign hanging high above the door of the main one.

The one-story structure spread out, consisting of a closed-in area with large windows and a separate open-air section complete with outdoor heaters and an overflowing of plants and mums blooming in fall colors. Decorated Christmas trees, some more traditional with white lights and red ornaments and others in flashy purples and blues, outlined the front and signaled the holiday closing in less than three weeks from now.

People milled around the fountains and flower displays. Pick-up trucks backed up to open spaces in the parking lot to load cords of firewood and trees. If it were true only 941 people lived in Holloway then it seemed every last one of them had showed up at the nursery this afternoon. Most of West Virginia appeared to be there, but that didn’t take away from the homey, greeting card feel to the place.

She could see a three-story farmhouse on the hill a few hundred feet away with a dusting of snow across the wide expanse of a yard. Trees lined the surrounding property for what looked like acres.

Water from the melting snow splashed across her heavy snow boots as she transferred her weight from one foot to the other. Why her uncle had sent her to a plant nursery to pick up electrical cords and the other supplies he’d said she’d need to take care of a few repairs on the campground was the question.

He’d retired to Florida, seeking sun and a young lady to share the sunsets with, or that was what he told Lila in last week’s phone call. Of course, the young lady in question would likely be in her sixties to match his seventy-one. As her father’s brother and the last of the Payne blood alive and kicking, other than her, he was four decades older and could still out-drink her. Almost anyone could. The sniff of hard liquor made her head dance.

She looked at the black ink of the bold script one more time and smiled. Only Uncle Ned would send a birthday card with a cryptic note that would lead her to a whole new life. And boy could she use one of those.

The crunch of footsteps on gravel echoed behind her the second before she felt a presence by her side. She looked over, first seeing men’s work boots then moving up to a dark plaid coat bundled against his neck and the biting wind and finally to his face. Short blondish brown hair and the smoothest skin she’d ever seen on a guy. This one was pretty. Really pretty but young. Like, not-that-far-from-jailbait young with light green eyes and a crooked smile she’d bet tripped up more than one otherwise intelligent female.

“May I help you with something?” The deep, rich voice had every woman within fifty feet stopping and glancing over. One lady ignored her young son’s broken jacket zipper in favor of an extra-long look.

“Do you work here?” For all Lila knew this guy walked around the parking lot collecting ladies’ numbers for a living. Wouldn’t be that hard for him to do.

“My name is Travis Yardley and from the look on your face I’m wondering what you thought I wanted when I asked you the original question.”

He smiled as he talked, which lessened her anxiety. Not that she feared him with a crowd of witnesses hanging around. She just felt uncomfortable in her skin, as if she were wearing an oversized “I’m An Outsider” sign.

She’d spent a few summers running around the campground outside of town, but that had been years ago and miles away. She’d been a kid then, long before establishing a career and a life and losing both. Any of the tourists she’d known back then had to be long gone and she’d never really met many locals. Her uncle had been protective that way.

Since she doubted Travis wanted to know about the uncontrollable babble running through her mind, she ignored his comment. She folded the paper and stuffed it in her pocket. “My uncle placed an order and I need to pick it up.”

Travis held out his hand in the general direction of the main building’s open double doors with the standing Open sign in front of them. “Come this way. I’ll show you to customer service.”

She matched her stride to his much longer one, enjoying the easy banter that came with small town living. She’d missed that in Philadelphia. After three years of trying to make conversation, she’d never managed more than two full sentences with the brownstone’s upstairs neighbors and had no idea what her postman’s name was.

West Virginia offered a different kind of life. Closer to the outdoors, away from traffic and without all the baggage piled on her by a loser ex-husband. “I just moved to the area. My Uncle Ned owns the Mountain View Resort.”

“You’re related to Ned Payne? He’s old enough to be your grandfather.”

Travis stopped so fast that she almost raced past him, talking to herself. Now that would have been an interesting first impression.

“Not quite, but close. Consider me the late-in-life niece no one was expecting.” Figuring she’d shared enough private information in the three seconds since meeting Travis, she maneuvered the conversation off her. “How do you know Ned?”

“Mountain View sits outside the Holloway town limits but we consider it ours. Ned was a regular around here.” Travis winked at her as he stepped to the side and let her slip through the door first.

The fragrant mix of pine and a floral sweetness hit her immediately once inside. So did the punch of humid air and welcoming warmth. Her nose stood a chance of defrosting from the icy wind in here.

The rows of flowers and plants buzzed with a steady stream of customers. Couples clomped around in thick jackets and scarves, picking through deep red poinsettia plants while kids ran up and down shouting. A group of older woman fought over a pile of wreaths on the sale table.

It was the type of controlled chaos that appealed to her. But with each step more eyes focused on her. One little girl even smiled and waved. Lila waved back because it seemed the friendly small-town thing to do. She was new and new people clearly stood out here.
By the time they’d reached the customer service window the collective gaze of half the room burned into her back. Either Travis was a serial killer or the people of Holloway thought she was one. “Do they always stare?”

He looked over her head at the room behind her. “Let’s just say subtlety is not in the town’s welcome brochure.”

“Neither is privacy.” The comment came from a man leaning against the ledge of the customer service window. “Way I figure it, if you two talk for another minute the town will be expecting an engagement announcement.”

“What?” She was stunned more by this guy’s face than the comment. He had brown hair brushed over his eyes and that boy-you-loved-in-high-school look, all grown up and wearing a shiny wedding ring.

Lila took a longer look. There was something else there, something familiar around the eyes and mouth. She’d never met him before but the tingle of awareness wouldn’t leave her.
“What’s going on?” the guy asked.

The husky voice didn’t do anything to spark a memory. “You work here, too?” she asked.

She was starting to wonder what was in the water in this town because the male population spiked on the looks scale. And all the hotties seemed to congregate at the plant nursery, of all places. Though that did explain the impressive number of female customers of all ages hanging around for a late Friday afternoon.

A memory tickled that time but she couldn’t grab it long enough to figure it out. Until she did, friendliness was the answer. Small business owners needed to stick together. “I’m taking over Mountain View for my uncle. My name is Lila.”

The man held out his hand. “Austin Thomas.”

The memory blared to life and kicked her right in the stomach. It couldn’t be. He couldn’t be. “What did you say?”

“How is Ned?” The guy claiming to be Austin lowered his head until he looked at her straight on, his forehead wrinkling in concern. “Are you okay?”

The hotel bar three months ago. Too many drinks. The crumbling of her self-control followed by days rolling around lost in an uncharacteristic sexual haze. It all happened in room five-fifteen with Austin Thomas. Not this Austin Thomas. Another Austin Thomas who claimed to be an agri-businessman and part-time botanist a few towns over from the hotel…could there be two guys who sort of fit that description? Or was she the biggest idiot ever born. As if she needed verification of that fact these days. 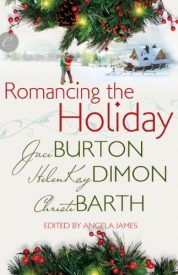