Book 1 in the Holloway Series 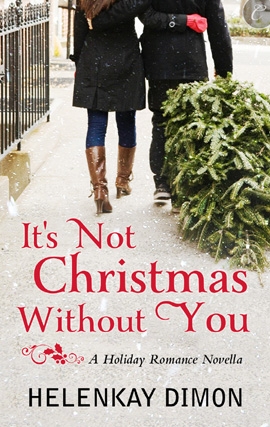 Carrie Anders officially broke up with Austin Thomas when she accepted a dream job in the city. Unofficially, she misses him and is tempted to sneak back to her West Virginia hometown to see him. That’s why this year, she’s not going home for the holidays. Her heart can’t take any more mornings after where nothing has changed–and Austin has made it clear he’s not interested in relocating.

Austin’s been waiting for Carrie to realize she can’t live without him. But when he hears she’s not coming home for Christmas, he decides to take action. If Carrie won’t come to the country, he’s going to bring a piece of the country to Carrie – in the form of a Christmas tree lot just minutes from her apartment. He’s certain daily meetings will entice her to come home with him, this time for good.

Their attraction is as hot as ever, but with such contrary Christmas wishes, can either of them get what they really want this year?

Book 1 in the Holloway Series

is Book 1 in the Holloway Series 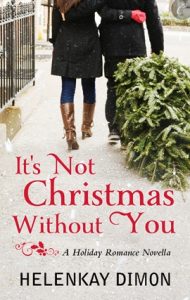 Carrie Anders loved Christmas. The lights, the cookies, the holiday spirit, the cookies, the carols…the cookies. She’d spent every holiday of the last twenty-six years in Holloway, West Virginia, the small town a few miles from the Maryland border where she grew up and her parents and brother still lived. She planned on breaking her streak by staying in Washington, D.C., this year.

No big family dinner. No week off. Just one day at home in her tiny apartment before heading back to her shift at the museum. Though she loved the job, the idea of working over the holidays made her grumpy to the point of sneering. But keeping busy meant keeping her mind off the man she missed more each day instead of less.

That whole absence-makes-the-heart-grow-fonder thing? Yeah, that wasn’t her experience. Not if the constant dull ache in her chest was an indication. After months away from home, and him, she still felt the pull. She’d read all about eternal longing in books and thought it sounded dramatic. Now she lived it.

She’d be in a meeting or even brushing her teeth and her mind would wander back to the man who’d grabbed her heart when he was still a long-haired boy driving a muscle car. Good thing her mom had shipped two tins of sugar cookies for early holiday taste testing. They took her mind off everything else…for a second or two. Only broken edges remained, but Carrie kept eating. She may even have licked her finger then crunched it against the crumbs for a snack.
Rather than mope in a sea of cookie dust and dwell on that whole broken-heart thing, she buttoned her peacoat and went downstairs for some fresh Sunday air. Standing in the lobby of her apartment building, she stared at the empty lot across the street. Make that the formerly empty lot.

The corner at the end of the Whitehurst Freeway that separated the Foggy Bottom area of Washington, D.C., from its wealthy neighbor Georgetown now housed what looked like a misplaced forest. Hundreds of soon-to-be Christmas trees lined the small strip of grass usually reserved for resident dog walking. Something about the combination of dog poo and Christmas trees fit with her feelings about the holiday this year.

A string of white lights clipped to beams outlined the space in a square. A building about the size of a shed sat at the end closest to the street. As she watched, a man grabbed the trees from the stacks one-by-one and staked them upright.

Despite the chill and last night’s dusting of snow, he wore faded blue jeans and a half-tucked-in flannel shirt. His only nod to the weather was the combination of work boots and gloves, and those likely had more to do with the way he was throwing six-foot trees around than the icy air.
It was the first week of December. She’d been counting down the days until the lot opened because, by God, she’d have a tree even if she had to move her couch into the hallway to fit the tree in her five-hundred square foot apartment.

But it looked like she’d have to wait a few more hours until the lot was up and running. Maybe she’d grab a coffee and…

Her gaze went back to the guy and an unexpected heat rolled through her. Broad shoulders and a waist trim enough to make the hem of his shirt hang away from his body. The rip in his decade-old jeans right under his left butt cheek. The slight flap to the pocket where the thread lost its battle with time.

Oh, yeah. She knew that ass. Knew all of him, actually. Brown hair that brushed against his eyebrows, bright blue eyes and a stubborn streak to rival the obstinance of two eighty-year-old coal miners engaged in a political argument.

Austin Thomas. High school love, ex-boyfriend of six months who refused to stay ex, and the reason for the constant ache around her heart.

Her sneakers slipped against the slick sidewalk as she stumbled her way into a perfect furious stalk. Excitement and anger warred inside her with each breath. She tamped down on the white light of happiness that bloomed in her stomach just from seeing him and let the darker side of her emotions fuel her steps.

Five feet away, Austin spun around and shot her his best I’ve-been-waiting-for-you smile. The same one guaranteed to make her panties hit the floor and her common sense pack for vacation.

“What are you doing here?” She almost hated to look into his eyes because they possessed the super power of turning her witless.

He peeled off his gloves and tucked them in his back pocket. “No?”

“You’re not supposed to be here.” He got West Virginia in the break-up and she got D.C. She’d never said the parameters out loud, but she shouldn’t have to. Austin was an avowed city-hater. “We broke up.”

They’d been on-and-off since high school. Separate colleges led them to date other people. When they both landed back home in Holloway more than three years ago, the comfortable pattern of hanging out turned into dating and sex and finally something much deeper. Then the offer from the National Museum of Women in the Arts came and she had to choose between the life she never believed she wanted and the one she spent years dreaming about.

“This time was for good.” She played with the coat button right at her stomach, sliding her fingers over the plastic until she accidentally twisted it off.

“You said that a year ago, then we kept dating. You said it again six months ago when you left Holloway. You wrote me a note that time explaining why. You even emailed to confirm I received it.” He cleared his throat. “Very organized of you, by the way.”

Admittedly, the email may have been overkill but she had to keep saying they were over or neither of them would believe it. Ten minutes together and they fell into old patterns of hanging out and laughing on the couch then finding a soft bed, which explained why she’d put a full state between them this time around. A woman couldn’t be too careful when it came to the one man who made her forget everything else.

“If you remember what happened between us and how we’re over and all, why are you here?” she asked.

“This is a lucrative spot for selling trees.”

He actually delivered the line with a straight face. Carrie rolled her eyes anyway.
“You’re trying to tell me you schlepped all the trees and equipment from the farm for a few extra bucks?” When he tried to talk over her, she held up a finger. “That you walked away from the nursery and your work, and just so happened to end up in the lot across from my apartment.”

He smiled until the dimple she loved so much appeared in his cheek. “Uh, how about I say yes and leave it at that.”

“No.” She waved her finger at him this time. “That whole adorable thing you do, with your head falling to the side while you flash me a big smile and rock back on your heels, isn’t going to work this time.”

If possible, he got even cuter. “I can live with that since we’ve established you still think I’m hot.”

“I’m pretty sure I heard the word hot.”

This novella was reissued in September 2018 in Holiday Kisses, an anthology with three other authors. If you want “It’s Not Christmas Without You” in paperback, that’s how you need to buy it. If you are an ebook reader, you can get it either on its own with the links above, or in the anthology. Enjoy! 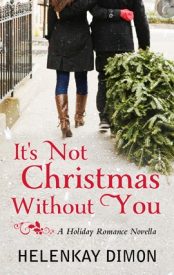 It’s about two people finding hope and comfort and companionship with one another at a special time of the year. The Carina Press holiday anthology is becoming a wonderful tradition.

The story was fun and funny and definitely worth reading.

I love second chance stories, and I have to admit that Dimon had me in tears with this short!

It’s Not Christmas Without You is a refreshingly light-hearted romance that is laugh out loud funny and achingly sweet.