Book 1 in the Holton Woods Series 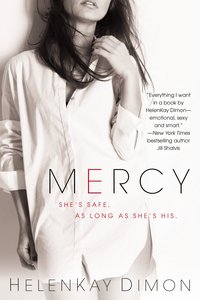 After she infiltrated his business and betrayed his trust, a disavowed CIA agent must seek sanctuary in the bedroom of a man who will either help her, kill her, or bring her to her knees…

Becca Ford is on her own. Eight months after she headed up a sting operation to take down millionaire club owner Jarrett Holt, the other agents in her special ops team have been eliminated under odd circumstances, and she needs a place to hide.

Jarrett is a man who prefers darkness to light. He deals in the only truly valuable currency—information—and his supper club caters to an exclusive clientele. It was an uncharacteristic moment of weakness when he let a woman into his life. But it’s not luck that the criminal charges disappeared . . . as did the evidence.

When Becca returns to the club seeking his help, Jarrett doesn’t want to hear her story. But he does want her body, and demands that she give it to him. He’ll keep her safe—for now—but it’ll be in his bed and on his terms, until he says they’re done.

Book 1 in the Holton Woods Series

is Book 1 in the Holton Woods Series 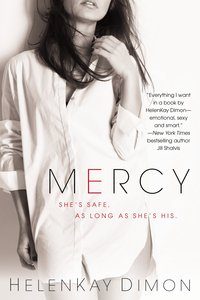 Becca Ford ducked into the alley running next to Holton Woods, the exclusive members-only supper club perched at the end of the cul de sac on the edge of Washington, D.C.’s Dupont Circle neighborhood. With quiet steps, she edged along the side, her back skimming the wall as she scanned the area for cameras. For once the plan depended on being caught by security instead of dodging it.

In any other city alley the smell of stale beer and a sharp smack of vomit would have hit her the second she turned the corner and stepped behind the three-story brick building. Not here. The members – politicians, powerful businessmen and foreign dignitaries – didn’t go through the intensive membership process and pay the hefty initiation fees and monthly dues to come to just any club. No, Holton Woods once housed a private boys’ school and it retained its inclusive attitude even now.

Her gun pressed against her lower back as she stared at the double doors and obvious lock securing this side of the property. She’d skipped the most logical choice of knocking on the front door, knowing she’d never get past the bruising bodyguard to the boss. The only answer was to get “caught” and dragged inside. Let the men think they’d won the round. That they were in charge. But she’d know the truth.

Still, she thought about the very lethal man on the other side of the door and calculated her chances of living through the next five minutes and put the probability around twenty percent. Not great but the possibility of survival hovered around zero if she didn’t get inside. She’d pissed him off and he could just as easily destroy her as help her. But she didn’t have another option.

After one final sweeping glance above for cameras, she stepped closer and sensed a presence in the alley matching her step for step. Bright sunshine pounded down as the punishing humidity drenched the back of her thin black tank top. She kept her head forward but her gaze traveled. On her third step, she heard a distinctive click and a shadow danced on the pavement to her right.

With all her training, standing still proved difficult. Her instincts screamed to duck or punch before someone closed in. This someone was smart enough to grab her arm and close the distance between them to keep her from lashing out or performing a back kick to his balls.

And this one definitely had balls. The attacker was a man. His broad shoulders gave his shadow a menacing look and blocked the sun streaming behind her. She could smell a subtle scent that reminded her of Earl Grey tea.

Metal pressed against the back of her head, and not with a gentle touch. This was the push of a gun by a guy prepared to shoot then dump her body well before the club opened hours from now. The waistband of her olive cargo pants pulled tight against her stomach as her weapon scraped against bare skin then was gone.

She was about to turn around when the gun was shoved hard enough to knock her head forward. “Hands up, sunshine.”

She knew the voice, all rough and angry. Wade Royer, club manager, six-foot-three enforcer to the boss and suspected criminal. To her, more than suspected, which was why she worked to have this guy arrested eight months ago. Worked and succeeded. She’d brought him in, despite the odds. She did her job. The prosecutors failed to do theirs…or collected big checks not to. Either way, she took the fall, or that’s what seemed to be happening to her life right now.

With her hair in a ponytail, his hot breath blew across her exposed neck. “The boss has been watching you skulk around out here and wants to see your pretty face up close.”

She fought off a tremble but not from Wade’s closeness. With the dark scruff over his chin and dark stare he screamed scary and terrified men twice his size, but she could handle him. She’d shot, stabbed and outrun men like him for years. The phone would buzz with an assignment and she’d go wherever the order said and do whatever she was told. If caught, she was on her own. If killed, no one would care. That was the job.

But the idea of seeing Wade’s boss again rattled her resolve. The memory of his piercing eyes had her stomach bouncing, part from unwanted excitement but mostly from a churning dread of his power over her. Even though it had been the plan to confront him, just knowing he’d been watching her roam around outside his building trapped the air in her lungs like a giant, choking fist. She coughed to find her breath but nothing came.

The image of the boss’s face had barely rumbled in her brain before one of the back doors swung open. An eerie blackness loomed in the opening right before a figure filled the space.

Jarrett Holt, tall, dark and so deadly his competitors literally disappeared. He stood there in a black suit that matched his black heart and an ocean blue tie that highlighted the eyes he once told her he’d inherited from his whore of a mother. Not prostitute. No, Jarrett referred to the woman who gave birth to him as a whore, as if the rough word condemned her more than Jarrett’s harsh upbringing.

In some respects he looked like any other serious D.C. business owner fresh from a conference with a list of wealthy contacts on speed dial. But Jarrett was not like any man she’d ever known. Black hair he wore longer than was fashionable, until it grazed his collar, and a permanent shadow of stubble low on his cheeks and chin. He hid his millionaire status as well as he hid the secrets of how he amassed his fortune and gained his power.

He possessed the toned build of a long-distance runner, which he was. He had broad shoulders and loomed over her by a few inches, even though she stood just shy of five-ten. But his strong hands grabbed her attention. They could bring a woman to shuddering orgasm after only a few knowing touches.

He’d wielded a hold over her that straddled the thin line between pleasure and panic, never physically hurting her but all too willing to shake her equilibrium until she fell at his feet. He’d enjoyed dominance and demanded full control over her body. And he was her only chance at staying alive long enough to figure out how to convince her former employer to let her live. 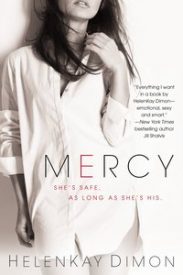