Book 2.5 in the Holton Woods Series 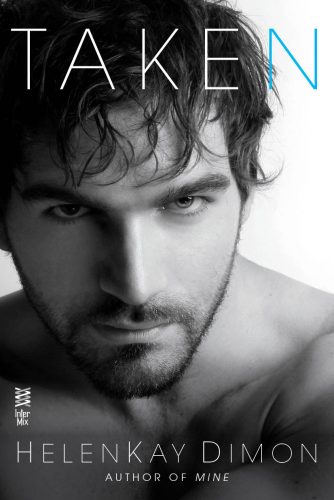 Wade Royer and Elijah Sterling are on shaky ground. While initially reluctant Eli is finally ready to take things to the next level, Wade is hesitant. He senses trouble coming and he’s right. Still, they know their fiercely undeniable connection—both in and out of the bedroom—is worth saving.

Then a man from Eli’s past reappears and the CIA comes calling—and they both want Eli back. With their relationship in jeopardy of falling apart and Eli in danger of a different kind, both men will have to decide what they really want—and then take it…

Book 2.5 in the Holton Woods Series

is Book 2.5 in the Holton Woods Series 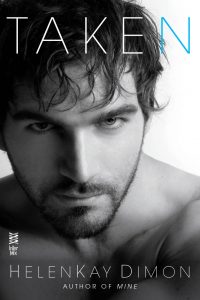 Seven-thirty. Wade Royer’s favorite time of day. He worked and kept busy all afternoon so he could stand watch at the bar in the early evening and wait for the right time to arrive.Around seven-thirty he walked in. Elijah Sterling. Tall and lean, muscular and deceptively lethal. With his coal black hair and the high cheekbones inherited from his Japanese mother the guy would be considered fucking hot by any standard. The confident moves, the in-control vibe. Moodiness wrapped in a layer of secretiveness.

The combination made Wade lose his mind and most of his control.

Lately Eli walked into Holton Woods, the supper club in the trendy Dupont Circle neighborhood of Washington, D.C. Wade managed, all the time. After a nasty falling out they were back on track, or so Wade wanted to believe.

The sex could only be described as smokin’ but then that was never a problem. They lit up the sheets, the wall, the couch, the kitchen floor. Anywhere they could get their pants off long enough. No, that wasn’t the issue. Trust still wavered between them and if they didn’t figure out how to calm that storm it would be the death of them as a couple.

Wade didn’t care how long it took. He’d wait, and that’s exactly what he’d been doing while Eli traveled out of town for business during the last two days. He’d finally texted about his flight landing and now Wade stood there, impatient and half ready to claw his way out of his skin to get to the guy.

Damn right. “I love your subtlety.” Wade watched her nod to the men sitting at a nearby table.

This woman could work a room better than anyone he’d ever met. She had the clientele drooling and hazy-eyed. Some thought of her simply as millionaire owner Jarrett Holt’s arm candy. The woman he lived with, slept with every night. Little did they understand that Jarrett would hand over everything he owned to her without blinking. He had it that bad for the former CIA agent.

“I never claimed to be.” She stepped back and waved a hand in front of her as a sly smile crossed her lips. “I mean, really. Does this dress look subtle to you?”

Wade glanced at the sleeveless body-skimming black dress that ended just above her knees. On anyone else sexy but not heart-stoppingly provocative. On her, yes. Add in the thigh-high slit, long brown hair and that face and nearly every one of the club’s male patrons turned around for a quick look of approval as she walked by.

“I’m surprised Jarrett let you come downstairs,” Wade said, knowing Jarrett would hustle her back upstairs to the third floor penthouse they shared for a “break” as soon as he got a good look at her tonight. That would teach the man to hide in his office for hours at a time.

Her eyebrow lifted in a way that promised she could bury his body and no one would ever find it. “Let me?”

The former spy thing didn’t rattle Wade. Not since Eli and Becca happened to be cut from the same crazy competent-with-a-gun mould, and Wade dealt with Eli’s mindset on a daily basis. They fit a type – strong, smart and savvy. Both could kill you with one hand, and that threat simmered under the surface. Both walked out of Langley in a cloud of danger and away from international intrigue to settle for normal lives…or as close as two borderline paranoid, always wary, former agents could get.

“You know what I mean. You have him half crazed for you most of the time. The same guy who used to run a crime syndicate.” Wade had known and worked for Jarrett for years, ran the streets with him back before they both turned legitimate.

Becca waved the words away with one hand as she poured a club soda with the other. “That’s a nasty rumor. He’s a solid businessman.”

She knew the truth. Their small circle of friends knew far too many details of the men they were before, the deadly details Wade tried to forget. “I was there.”

“Do you want an hour off to play with Eli when he comes in, because I’m the one who will take your place at the bar so you two can go upstairs and do all sorts of naughty things to each other.”

Wade liked her style, and if she wanted to pretend the suit-wearing man in her bed didn’t have skeletons littering the floor, let alone tucked away in his closet, who was Wade to question. “The crime thing is absolutely a rumor.”

She winked at him before going to back to scanning the room. “That’s better.”

Slipping back into bartender role, Wade took the empty bottle from her and threw it in the bin by his feet. “Thanks, I-”

She smacked the back of her hand against his chest. “Holy shit.”

“What?” Wade reached for the gun he kept under the bar. The high-powered big money crowd didn’t often break into violence but that didn’t matter. They paid joining fees and monthly dues at the members-only establishment that guaranteed their privacy and their safety.

She smiled up at him. “Your man is home.”

Wade barely heard her. He’d already locked on Eli. As he walked through the room with a laser-like focus a few of the members glanced up. Eli commanded that sort of attention. And in the perfectly tailored black suit and bright blue tie looking away from all that smoldering hotness proved difficult. Wade didn’t even try. 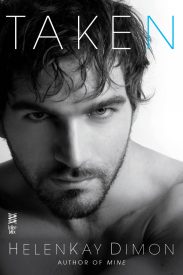