Book 2 in the Holton Woods Series 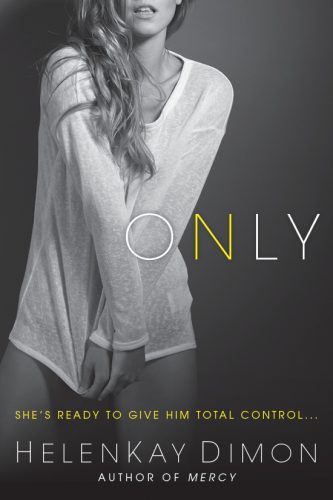 Sebastian Jameson negotiates for high-end clients who need problems taken care of quickly and discreetly. Accustomed to being in control, he’s still reeling from his ex-wife’s decision to write a tell-all about their private life, one that highlighted their bedroom activities. The fallout left Bast’s love life in chaos, making him a magnet for women who thrive on risky fantasies, and a pariah to all others.

Kyra Royer knows all about Bast’s reputation—and is intrigued enough to try to change him into a one-woman guy. But getting him into her bed will be a challenge. He’s known her brother for years, and her brother, with his rough past and sniper abilities, is not a man you cross. Kyra knows Bast thinks she’s off-limits, so she’ll have to get creative to make him hers.

As Kyra turns up the heat, Bast struggles to resist the sexy young woman’s considerable charms. But when Bast’s job turns from tricky to deadly, keeping Kyra nearby might be the only way to keep her alive—even if it means getting closer than he ever intended.

Book 2 in the Holton Woods Series

is Book 2 in the Holton Woods Series 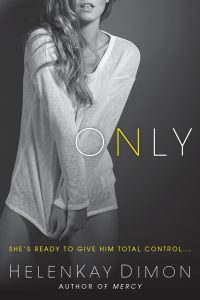 Sebastian Jameson sat at his usual table at his regular time at the supper club where he always ate a late dinner during the week. Some would say he was in a rut. Bast preferred to view his schedule as a sign of consistency. After his wild ride of a marriage and equally brain-numbing divorce, he craved a little boredom.His best friend, Jarrett Holt, owned Holton Woods, the private club at the end of a cul-de-sac in the Dupont Circle neighborhood of Washington, DC.

They’d known each other for more than a decade. Up until a month ago, they often shared dinner at the reserved table with the high-backed red velvet-lined booths to the left of the bar. Then Becca Ford burst back into Jarrett’s life like something out of an action movie. Their guys’ nights had been taken over ever since, probably with nonstop sex . . . the lucky fucker.

Between his stupid grin and the uncharacteristically upbeat personality, Becca had smoothed out many of Jarrett’s rough edges from his long-ago days of running the streets and doing whatever he had to survive. The guy was downright respectable now. He dealt in power and information and his club sat at the center of all of it.

The place also ended up being a great source of business for Bast. But that’s not the main reason he hung out there. It was familiar. Comfortable. The dark interior and high-end finishes appealed to him. So did the women Jarrett hired to serve the members, all of who were male.

Bast never touched, because that was against the rules, but a guy could admire the combination of sexy, young and smart. Most had advanced degrees. All wore slim black skirts and lacy black bras that peeked out from their unbuttoned white silk shirts. The smokin’ uniforms got a man thinking about ripping through the flimsy material with his teeth.

As soon as the idea popped into his head, his gaze strayed to a rather fine ass a few feet away. Long wavy blond hair and those stockings with the seam running down the back of the leg.

Christ, Jarrett knew how to make men happy and earn a lot of money doing it. He became wealthy years ago by having women strip off their clothes in his clubs. Now, keeping the clothes on, teaching his servers—whom he referred to as private attendants—how to get men talking by showing just a hint of the raw sexiness underneath did the job. Bast approved of the change and the business strategy.

He also realized he’d stepped up to the edge of leering and pulled his attention away from those nearby legs. He wasn’t a fucking animal, though spending less time with Jarrett and more time sitting there staring at the female attendants was starting to take a toll on the subject of his daydreaming.

The sound of high heels clicking against the hardwood floor had Bast’s focus zipping back to the woman. He looked at her face. Round with smooth skin and big chocolate-brown eyes. And very familiar.

She stepped up to the edge of his table and threw him a welcoming smile. “Good evening, Mr. Jameson.”

All the attendants were female and all referred to the members by their last name. With respect and enough hotness to, in this case, have Bast fiddling to keep his glasses on his nose. “Kyra?”

“What can I do for you this evening?”

He meant to hold the eye contact. He really did, but that husky voice licked over his balls and the blood rushed right out of his head. His gaze went wandering. The top buttons of her shirt were undone, treating him to a fair amount of smooth skin and an up-close-and-killing-him view of her bra down to the front clasp.

He cleared his throat and forced words to form in his head again. “Put on a sweater.”

But she knew. That smile told him she knew exactly what she was doing to him. Something about the mix of the provocative outfit and the sweet face had him going under.

“What are you doing here?” he asked because she should be in college, or high school, or wherever young women he shouldn’t be allowed to touch hung out.

“Here?” He pushed up his glasses again, amazed the lenses hadn’t fogged or shattered from the heat pouring off of him. “Since when?”

“Ah, right. You’re in graduate school.” He’d blocked that part. After Kyra grew up looking like that, with those breasts and that face, he had to think of her as a kid to keep from wondering about what would happen if she wrapped those legs around him and pressed her heels into the small of his back.

She smiled as if she’d read his thoughts. “I start graduate school in the fall, which gets us back to the tuition issue and the explanation for my presence at the club.”

“Do you need money?” Because he would write her a fucking check right now. Whatever it took to remove her from a room full of drooling men. He knew the type because in the last five minutes he’d become one. 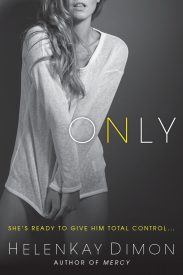