Book 2 in the Hanover Brothers Series 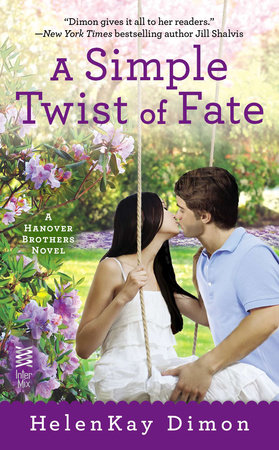 The Hanover brothers are doing their best to live down the legacy of their con artist father…but they still have a knack for getting in trouble where romance is concerned.

As the lawyer of the family, Beckett Hanover ought to be sorting through the many claims filed against their family estate—which the brothers have recently inherited from their grandmother. But something about the housekeeper, Sophie, keeps stealing his focus…

Little does he know, as he flirts, what else she intends to steal. The truth is Sophie took the job with one purpose in mind: to help her aunt. But she never expected to find a man like Beck or get sidetracked by the handsome hottie’s sweet talk and broad shoulders. Between her secret and Beck’s past, the two are headed for one risky romance.

Book 2 in the Hanover Brothers Series

is Book 2 in the Hanover Brothers Series 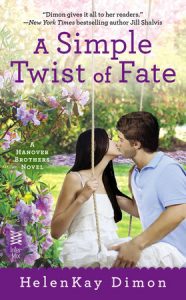 Sophie Clarke glanced out the window of the second-story sewing room at Shadow Hill, the crumbling stone house she’d been cleaning and searching for a month. Two of the three Hanover brothers stood on the lawn below, pacing around a wood chipper and apparently trying to stare it into working.

Just business as usual for Declan and Callen, the two oldest members of the ridiculously blessed Hanover male gene pool. They’d found something that didn’t work, which was almost everything on the estate they inherited from their grandmother, and paced around it, assessing and head scratching. If experience were any indication, sooner or later one or both would cave in and drag out the toolbox. Then anything could happen.

But they were not her concern at the moment. The younger, sexier and currently unaccounted for youngest brother, Beckett, was the problem. For her, Beck was always the problem. He entered the room and her stomach performed a perfect backflip, something completely foreign to her and, she suspected, abnormal in general.

Of course she’d found guys handsome before. But that thing where her mind buzzed and words stammered in her throat…yeah, that was new.

She dropped the curtain and moved away from the window. She didn’t have time for nonsense and what she felt for Beck was most certainly nonsense. And not at all welcome.

He wasn’t in the room but she could call up his image without even trying. He stood tall and lean with a smile that highlighted a drop-your-panties dimple in his cheek.

Not that she got to see the smile all that much. He spent a good amount of the workday following her around and frowning. She was starting to wonder if that was some sort of lawyer thing because he was one, which became obvious whenever he launched into a droning argument about something. Man, the guy could talk.

Though she had to admit he also was pretty good at standing around looking sort of irresistible in faded jeans. The way his soft brown hair laid against his collar and dropped over his eyes tested her control. She spent most of the time around him wanting to brush the overly long bangs off his face…and the rest wanting to kiss those lips. Then there were the times when she wanted to strangle him.

Yeah, she needed to finish her search of the house and get out of town.

She rubbed her hands together as she tried to gather her focus again. Shadow Hill was big and beautiful, with acres of land and miles of potential, but thanks to the recent decision of the Hanover boys to stay in Sweetwater, Oregon rather than sell the place and head out, her time was almost up. Add to that the sudden and constant presence of Declan’s girlfriend, Leah, and Sophie dreaded having her secret discovered.

She eyed her bucket filled with cleaning supplies sitting in the middle of the floor and couldn’t believe she’d picked this cover. She hadn’t dusted her apartment in…wait, had she ever dusted? But here she was, acting like the Hanover brothers’ cleaning lady and scrubbing this and that and generally gaining huge respect for anyone who did this type of work for a living. Cleaning those stupid grout lines between the kitchen tiles was back breaking work. She didn’t even want to think about what sort of germs loomed under that mop she swished around.

Dumping the paper towel roll into her bucket, she headed for the door to the hallway. With the men shuffling in and out of the house every two minutes, she’d slipped her lock picking kit in the main bathroom’s cabinet under the sink when she stepped in the room a half hour ago.

And who thought she’d own one of those tool sets? Not her. Two months ago she worked as a receptionist in an insurance firm in Seattle. Now she snuck around, opening cabinets and checking floorboards for hollow spaces.

Her aunt owed her big time for this.

In the hall, Sophie glanced around for any sign of Beck. The clanking in the kitchen on the floor below had her smiling and thinking about him making scrambled eggs for the umpteenth lunch in a row. Eyeing the grand staircase that curved down to the first floor, she waited for one of the brothers to spring up. When none appeared, she started moving.

With one hand she pushed the hall bathroom door open, ignoring the creak as she spun and jumped inside. Her back hit the door and her eyes closed in relief. It took her a second to realize her sneakers slid across the black and white checkered tile beneath her and a wall of heated steam smacked her face.

When she opened her eyes again, she came face to shoulders with bare skin. Her gaze trailed over the broad chest and light sprinkling of hair that ran the deep groove to his flat stomach then down to…yowsa.

There was not as much as a washcloth covering him. Nope. She got an open shot of skin, balls and, yeah, totally naked hottie dude. Looked like Beck Hanover excelled at something other than arguing.

“How about we try eyes up here for a second?”

She followed his command and the finger pointing toward his head. Ignoring the amusement in his voice, she glanced up to meet Beck’s ice blue stare. Water beaded on his chest, probably on every part of him. The ends of his dark hair curled the longer he stood there and one of his biceps twitched in a way she found oddly mesmerizing.

She drew an invisible line across his throat and mentally banned her gaze from dipping lower. Every body part but his eyes was off limits. The stuttering thing started in her head a second later. It took a few deep breaths to get the oxygen flowing to her misfiring brain.

This was all about the shock and not about how good he looked naked. She’d expected to be alone in the room.

She kept repeating the excuse until she tricked her mind into believing it. “What are you doing in here?”

His eyebrow lifted. “Should I shower in the dining room?”

“There are five bathrooms in this house and some of those even work. You could go anywhere else.” In fact, anywhere outside of Sweetwater or any other part of Oregon would be good.

“Are you serious?” He did that frowning thing. Even naked, he fell back on the annoying expression. Didn’t bother to hide any part of himself either. Even though the towel was right there on the bar above the claw-foot tub.

She tried to grab onto an argument…and keep her stare from wandering beneath his chin but seconds ticked by. She’d bet a full minute passed until a few words finally unscrambled in her brain. “This isn’t the bathroom you usually use.”

“But it is my house and as you can see,” he held his arms out to the sides, “this particular room is occupied.”

Her gaze did a little bounce that time. Really, he invited it, so she refused to feel guilty. She was desperate to search the house but not dead from the waist down…and clearly he wasn’t either. Any half-awake woman would look and he sure didn’t disappoint. Every last inch of him looked tan and fit, including a very prominent part of him that was now stirring.

“Hey there.” She held up her hands, careful not to block all of the tantalizing view while pretending to be horrified. “What are you doing?”

“I’m confused by the question.”

Her act slipped as her hands fell. “What?”

“Are you looking for a biological explanation or something else?”

He exhaled in that loud women-are-so-difficult way men did so well. “Okay, I think we can agree your reaction is a little extreme here. Mine can’t possibly be the first penis you’ve ever seen.”

“Because, really, if it is feel free to look as long as you want.” He crossed his arms over his chest, leaving the view of the most interesting part of his body unblocked. “I can wait.”

Then that other guy, and how embarrassing was it she couldn’t call up his name from memory, then Kurt. They dated for a full year before his niceness combined with her extreme boredom to cause a break-up implosion so tame it ended with breakfast muffins and a trip to buy a lamp.

“Tell me about all this experience of yours.” If possible, Beck’s eyebrow inched up even further.

Now that was annoying. “I’m not a virgin.”

“Did I ask that question?”

“Seemed like it.” She swallowed, surprised she still could without choking on her tongue. “And, no.”

He wiped his hand through his hair, sending water droplets flying in her direction. “Meaning, no you’re not or…?”

Oh, there was no way they were going down this road. 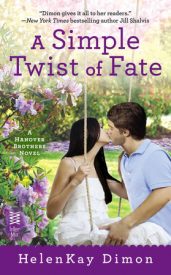