Book 3 in the Hanover Brothers Series 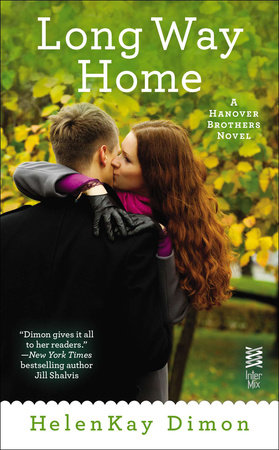 The Hanover brothers are trying to live down the con-man reputation of their late father. But they can’t blame their father for all their problems in life—or in love…

Callen Hanover has led a tough life. But after years of roaming, he’s finally settled back home in Sweetwater to reunite with his brothers, and rebuild Shadow Hill, his grandmother’s crumbling home. The last person he expected to see at his door was Grace Pruitt—ex-girlfriend and partner to the FBI agent who’s determined to put Callen away.

Grace Pruitt is in town to save the two men she cares about the most—her former partner who seems to be on a downward spiral, and Callen, the man who ran before she could explain who she really was…or tell him some shocking news. Can the secrets of the Hanover family’s past be just the thing to save them all? Or is it already too late?

Book 3 in the Hanover Brothers Series

is Book 3 in the Hanover Brothers Series 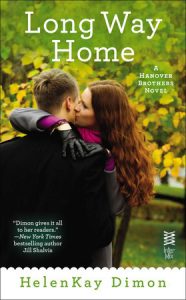 Callen Hanover slowed down as he turned into the long driveway leading to Shadow Hill, the three-story rambling mess of a falling-down house he and his two brothers inherited from their grandmother about three months ago. It came complete with acres of overgrown land, an unpaid mortgage, skunk-infested out buildings and a location in Sweetwater, Oregon, the small town with a big dislike of all things Hanover. Not that Callen could blame anyone for that way of thinking.

But he could make his brother Declan shut up. Maybe one well-placed shoulder punch would do it. Because much more off-key singing and Callen decided he might just slam on the brakes and try to jerk Declan into silence.

Callen settled for a quick but lethal glare. “Any chance you’re almost done?”

“You’re just jealous.” Declan smiled as he rolled down the window and let the cool early fall breeze blow through the car.

“Of your ability to scare the hell out of innocent stray cats? Thanks but I’ll stick with the skills I’ve got.” The rough unpaved lane had them bumping along as gravel crunched under the tires.

“I am better looking and can carry a tune. Fucking deal with it.” This time he turned up the radio to screeching levels that almost drowned out whatever awful tune he was in the process of torturing.

Callen reached over and turned it off before the hammering in his head put him in the hospital. “Wrong on both counts.”

“Leah loves to hear me sing.”

Leah Baron, the tall, slim strawberry blonde who had Declan wrapped around her…well, some body part a lot more interesting than her little finger. She was five-foot-seven feet of attitude and smarts wrapped in a package that made Declan’s brain misfire and his common sense scatter.

He had it bad for the woman from the first time they met. The same woman many viewed as the town’s personal welcoming committee, which she technically was since she was in charge of public relations for Sweetwater. Kind of a funny position since the least hospitable man in town had to be her hypocrite of a father, Marc Baron. He hated Declan and anyone else in the Hanover gene pool.

“Except for her piss poor taste in men she’s otherwise a catch.” Callen joked but he got then as a couple. Declan happened to be the best man Callen knew. Not that he’d admit that out loud. Between the hot girlfriend and the win-everyone-over personality, his brother had enough good news for a while. “Why she wants you, now, that’s a mystery.”

Declan hummed. “Says the guy who hasn’t gotten laid in, what, a decade?”

Shit, it was starting to feel like that. The idea of sex led Callen’s mind away from Sweetwater and back to her…that her. The same her he blocked and refused to think about, pushing out every memory before it could take hold. Every memory but the nasty one relating to her deception.

And like that all sexual thoughts fled his head. Amazing how concentrating on a woman’s lies could make him forget the parts of her he really did like.

Still, he didn’t need to be reminded of his dry spell, which at this point seemed like it would never end. “Why don’t you get out of the car so I can run you over?”

“Fine but then you’d get to fix up Shadow Hill by yourself.” Declan held a hand out in from of him, gesturing toward the top half of the house they could see. “All of this work will be yours.”

“Congratulations, you’ve finally hit on a winning argument for keeping you around.” Not that Callen wanted his brothers going anywhere. He’d moved money and emptied his savings to take care of the overdue mortgage payments for Shadow Hill and save the place from foreclosure. How to handle the monthly bills going forward still qualified as a great big question mark.

But the rehab wasn’t. Working with his hands soothed Callen. He appreciated the mix of cool air and warm sunshine in this part of Oregon, midway between the towering trees of the forests on one side and the ocean a few miles away on the other.

But that didn’t mean he could handle the rehab on his own. He needed Declan’s considerable skills and work ethic honed by his years in the Army. Add in the handyman they took on, Tom Erikson, and the three of them almost counteracted their baby brother Beck’s ability to maneuver out of any hands-on, actually do-something situation.

The guy was pure lawyer – fast talker when dealing with contracts and strategies. A slow mover when it came to actually picking up a piece of wood and hauling it somewhere. Even now when the yard was all dug up and bad weather was moving in, he was out of town checking on a legal aid district office for his job with the Legal Services Corporation. Whatever that was. All Callen knew was Beck’s new girlfriend Sophie tagged along so they could swing through and deliver some missing jewelry to her aunt.

Yeah, good luck with that. The one thing Callen didn’t need right now was more family shit. He’d had a heap of unwanted crap shoveled on him over the last few weeks and relished the idea of picking up a hammer and pounding on things to smash it all out.

“Uh-oh.” Declan sat up straighter in his seat.

As they rounded the last corner, the front of the house came into view. Four thousand square feet of need-to-be-repaired space with a fireplace on each end and a turret in the middle. A turret…Callen still couldn’t get over that part. The house had a name and a turret. It was an sharp turn from his life living in seedy motels and taking any job that would pay for dinner.

His grandmother sure did have a flair for the dramatic. Probably explained why she after her husband died and when she was living alone she picked the place tucked into the woods and spread over all that space. Might also provide some insight into what went so drastically wrong with her son, their father, Charlie. She made some questionable decisions and all of Charlie’s choices turned out to be bad. Most illegal.

Today, instead of focusing on the work to be done, Callen saw something else. A woman sitting on the porch steps. She stood up as they approached and lowered the scarf she had wrapped around her. Long dark auburn hair slipped out and…shit.

After a humming sound and a “huh” Declan blurted out a question. “Who’s that?”
Not that Callen was in any position to answer. Not with his fingers wrapped around the steering wheel and the blankness filling his mind.

His hiccupping brain finally sent a message to the rest of his body to move. To do something to wipe the wide-eyed stunned expression off Declan’s face. Callen pulled into the space closest to the house and shifted the car into park. Cutting off the engine took another few seconds. Then he sat. Just sat.

“I’ll be damned.” That’s pretty much all he could muster.

“Most likely, but that really doesn’t answer the question.” Declan glanced at Callen then did a doubletake. “Hey, you okay?”

Callen fought the urge to rub away the sudden tightness in his chest. He’d weathered a series of emotional body blows lately and it looked like he was in for one more round of near-death pummeling.

At thirty feet away he could see her carefully composed expression but his eyes refused to believe. He shook his head. “It can’t be her.” 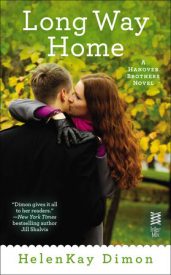