Book 1 in the Men of Hawaii Series 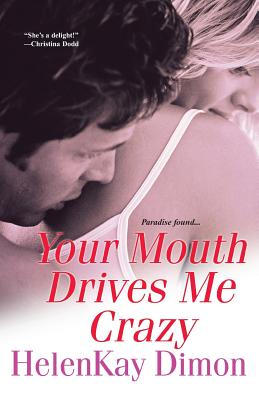 Her mouth should be a dangerous weapon. So should his—but for different reasons. Thrown together by chance—and a pair of handcuffs—they’re about to make Hawaii even steamier…

Annie Parks came to Hawaii to gather information and settle a score, not spend time handcuffed to a sexy stranger’s bed. Okay, so this particular stranger saved her from drowning after she was pitched overboard by some goons. And he’s about six feet of hard, Hawaiian muscle and gorgeous cool that’s making forgotten parts of her say, “A-lo-ha!” She needs to stay focused, but a side dish of Kane Travers is awfully tempting.

Kauai Police Chief Kane Travers is not a vacation kind of guy. So it figures that when Internal Affairs suspended him, he’d end up rescuing a sarcastic, dishonest, extremely hot redhead who is clearly hiding something. Amnesia? Yeah, right. Kane’s got half a mind to give Miss Whoever She Is something she’ll never forget. His cop senses tell him that the lady’s in deep and needs his protection. But how can he get her to tell him anything when all he wants is to take her home and do everything?

Book 1 in the Men of Hawaii Series

is Book 1 in the Men of Hawaii Series 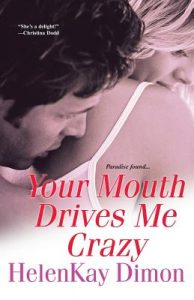 Annie Parks refused to open her eyes. Open eyes meant facing reality. She wasn’t ready for that yet. Not when her blood still ran ice cold from her surprise dip in the Pacific Ocean.

She’d only been in the waves a few minutes. At least she thought that was the case. Time blended and distorted as details came back to her in bits. Her mind suffered from the same lethargy as her body. Sluggish muscles and misfiring brain cells made thinking and moving impossible.

Nothing about the last few hours made any sense. She remembered standing in the small bathroom of her stateroom looking over her crude drawing of the yacht’s floor plan. She fiddled with her camera, unconsciously adjusting the settings to account for fading light. The steady beat of jazz music sounded from the main living area and adjoining dining room. With everyone enjoying a pre-dinner drink, or twelve, she had the privacy she needed to study the layout of the rooms and decide where the owner would keep valuable paperwork. She pinpointed the most obvious, the library.

She had slipped out of her stained dress. The spill of red wine had given her a reasonable excuse to leave the party. The fact she ruined the one fancy dress she owned ticked her off, but what was one more sacrifice to the cause.

One minute she reached for the black outfit she set aside for snooping. The next, someone held a bag over her head, hands went around her waist and feet and…splash. Then a mouth full of water followed by a hard skid to a beach landing and a second mouth full, this time of sand.

And pain. She couldn’t forget the pain. Every part of her ached. A thumping soreness in her knee. Hell, even her bruises had bruises.

Now someone held her. Someone who scooped her up off the beach. Sure, the guy didn’t throw her back in the water, but that didn’t necessarily mean things were looking up.

Bouncing around in the stranger’s arms didn’t help her injuries. Her back teeth slammed together with each one of his firm steps. The brisk walk cuddled against his chest warmed her, but at this pace she’d be broken into little pieces before they got to their destination. Wherever that was.

A naked early evening jog with a perfect stranger, well, that was new, not to mention embarrassing. Plenty of fear ran through her, too. She thought about jumping out of this guy’s arms and running as fast as she could in any direction but the water.

Thought about it. Even plotted out the escape. But, she knew the smarter move was to bide her time and figure out her next step.

Nothing new there. She spent her entire life biding time. Waiting for the right moment to get her revenge, and wearing a shield made of pure attitude until that day arrived.

The air shifted. Gabby lifted one eyelid in the barest move possible to figure out the reason for the change. She spied miles of muscular forearm. Tan and she hoped connected to the safe and friendly variety of male on the other end.

Before she could squawk, her rescuer balanced her body on one arm and a hip and reached for a doorknob. She silently added strong to the list of her rescuer’s attributes.

A door opened and he walked through. Looking through the slit under her eyelashes, she tried to scan her new surroundings. They stood in the center of a small room with a red sectional sofa as the centerpiece.

Not what she imagined the home of a typical serial killer would look like. That was her first good news of the last forty-eight hours. The only good news since she missed out on the opportunity to hunt down those files.

He started to move. With each step, she saw a flash of his bare feet against oak hardwood floor below her. When they crossed a door threshold, she poised for fight or flight. Kind of hoped for neither. She’d rather be wrapped in a blanket and warm. Then she could concentrate on getting the hell out of there – even though she still didn’t know where “there” was – and back to somewhere safe.

She had to stand up first. Get out of this house second, so she waited for him to put her down. Maybe find some clothes-

He threw her in the shower.

The world spun beneath her until her feet landed on the cold tile floor with strong arms banded around her waist. A rush of water echoed in her ears as steam filled the room.

Every cell in Annie’s body snapped to life. The lethargy weighing her down disappeared with the screech of the shower curtain rings against the rod.

“Here we go,” the stranger said to the room as if the nut chatted with unconscious people all the time.

He balanced her body against his. Rough denim scratched against her sensitive skin from the front. Lukewarm water splashed over her bare body from the back, making her skin tingle and burn.

A gasp caught in her throat as her shoulders stiffened under the spray. A scream rumbled right behind the gasp, but she managed to swallow that, too.

“This should help.” He continued his one-sided conversation in a deep, hypnotizing voice.

He seemed mighty pleased with himself. And since he had stepped right under the water with her, a bit ballsy for her taste.

“This will feel better in a second.”

Firm hands caressed her skull, replacing the frigid ocean with bath water. He rinsed and massaged and rinsed again. The sweep of his hands wiped away the last of her confusion. With that task done, his palms turned to her arms, brushing up and down, igniting every nerve ending in their path.

His chest rubbed against her bare breasts until heat replaced her chill. Her thighs smashed against his legs. The full body rubdown sparked life into body parts that had been on a deep-freeze hold for more than a year.

She didn’t answer. Wasn’t even sure she could speak if she wanted to.

“Open your eyes and say something,” he said.

The husky command broke her out of her mental wanderings and sent a shot of anxiety skating down her spine. This was the part of the program where she ran and hid…and then ran some more.

“I know you’re awake.” He sounded pretty damn amused by the idea.

The jig was up. Okay, fine, she got his point.

Not knowing if her rescuer counted as a friend or foe, she played the scene with the utmost care. Only a complete madman would attack a vulnerable woman who didn’t know her own name. If her stranger fell into that category she’d scream and make a mad dash into the kitchen for the nearest sharp knife. The nearest sharp anything.

She groaned in pain that was only half false.

“Your eyes are still closed,” he said.

“You aren’t fooling me.”

She could certainly try.

His hands continued to massage her sore flesh with just the right amount of pressure to bring her blood sizzling back to life. If he kept this up her eyes wouldn’t open. She’d be asleep.

She couldn’t remember the last time she slept through the night. In the almost fifteen months since her mother’s confinement in a Washington State psychiatric ward, she’d spent most of her time looking for the man who put her mother there. She scheduled her freelance jobs around the project.

The path led to Kauai. To that yacht. To flying over the side of the yacht. To being in this shower.

“We can stand here all night for all I care,” he said.

He chuckled. “Doesn’t bother me.”

Lucky for her she found an accommodating potential serial killer.

“Because I’m the one with clothes on,” he pointed out.

The deep rumble of his laugh intensified. “Thought that one might get your attention.” 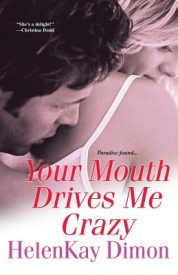 …This was just a very fun, clever story with a couple of twists, some suspense, a couple of good villains, and enough sexual chemistry and steam to keep the pages flipping.

This is a fast-paced, hot and heavy romance with a twist of suspense and mystery. The constant banter of Dimon’s characters is a driving force of the book, creating sexual tension and humor. The story ends with an eyebrow-raising surprise that readers won’t see coming.

HelenKay Dimon is a genius.

…this is the book you can’t pass up! HelenKay Dimon has a bright future!

The plot is full of mystery and suspense and some very hot love scenes, making this story one I will definitely read again.

Your Mouth Drives Me Crazy is a fun romantic romp that will have you laughing, biting your nails, and leave you ultimately satisfied with a neat little happy ever after!