Book 5 in the Men of Hawaii Series 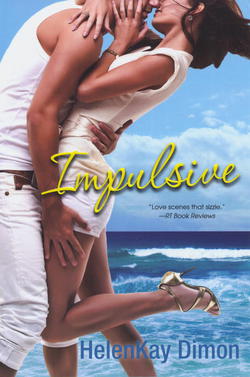 Katie Long was supposed to be undercover. She was just supposed to watch Deputy Prosecutor Eric Kimura at his ex’s wedding and gather intel on his campaign for prosecutor. But he’s a lot hotter in person, and the kind of intel they accidentally shared in the hotel bathroom might lose both of them their jobs. Especially since it seems to be a recurring incident. Is it possible for a one-night stand to last ten days?

Kimura isn’t usually the impulsive type. He’s driven, he’s ambitious, and he knows what he wants—a respectable future in Hawaii politics. Which means wild half-public sex with a beautiful stranger in a short little caterer’s skirt is just tabloid fodder waiting to happen. Conveniently, just as his campaign is coming under attack. Sabotage, media gossip, and an insatiable desire for a woman he just met? If he’s not careful, Counselor Kimura might lose all control…

Book 5 in the Men of Hawaii Series

is Book 5 in the Men of Hawaii Series 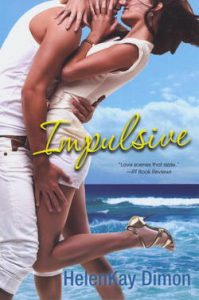 Explore the
Men of Hawaii Series
→

Katie Long wasn’t sure how they’d gone from “would you like another drink” to crawling all over each other half-naked in the oceanfront estate’s hall bathroom, but that’s what happened. All that beautiful Hawaii sunshine just steps away, wrapped in the mixed scent of salt water and pikake, and there they were holed up in a single stall the size of a closet.

The knot on the apron dug into her waist as he lifted her out of her sensible black pumps and slid her butt onto the sink countertop. Before she could take another breath, he slipped between her legs. The soft material of his dark gray suit pants rubbed against her bare thighs. His hands never stopped moving and his mouth caressed and covered hers like a pro.

Apparently Eric Kimura was good at something in addition to practicing law. Very good.

“Did you lock the door?” she asked, her voice breathless as her head fell back and his fingers slipped past her inner thigh.

With his face buried between her breasts and his teeth nibbling at the tiny pearl buttons holding her blouse together, she could barely hear him. Didn’t have to. The heat rolling off him said enough. This man was primed for action.

Sleek, handsome and tan with straight black hair and a serious stare that had her knees buckling at the outside dining tables a few minutes before. Something about the sharp lines of his cheekbones and bottomless midnight of his eyes reeled her in. Her usual type leaned more toward the blonde, useless, treat-women-like-crap male, but at the moment she felt something raw and uncontrolled for the very hot Asian man with his fingers pressed against the crotch of her panties.

Time zipped right by surreal and was well on its way to pure fantasy. Eric’s name appeared in the news almost every day. She knew him by reputation. A superstar in the Honolulu legal community with a crystal clean reputation and an eye on political office.

She was at this event on this day and in this outfit for him. In her plan, she didn’t talk to him or get in the way of the assignment. Certainly didn’t kiss him. Not that she cared about propriety and schemes right this minute, but this heat between them sure was going to be a complication. 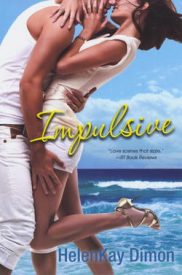 I didn’t want to stop reading. I kept looking for the next scene with Katie and Eric, knowing it would be crackling sexy.

Impulsive is an enjoyable contemporary romance set on the island of Oahu, Hawaii. It’s a nice twist on the good girl/bad boy storyline, with a reforming bad girl heroine falling for an uptight hero.

Dimon gives her readers a sizzling, sex-filled romp that reverses roles as the good guy reforms the ‘bad’ girl to everyone’s delight.

IMPULSIVE is a fast-paced, sexy romance that sizzles with the lead characters’ chemistry.

Complete with her signature wit and terrific characters, Impulsive was a great read.

If you’re already a Dimon fan this new one has everything you’ve come to expect from one of her stories. If you’re a newbie who is a sucker for great dialogue and drop-dead hunky heroes who talk and act like men? Yeah, what the heck are you waiting for?