“It's Hotter At Christmas”

Book 3 in the Men of Hawaii Series 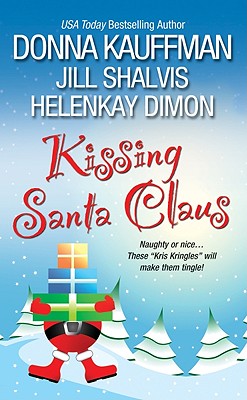 Hawaii’s no paradise for Marissa, who, thanks to a series of unfortunate events, can’t seem to get away from the sand to enjoy her Christmas East Coast style—with plenty of snow and slush. But tall, dark, and serious police officer Ted’s about to give this bad Santa in heels a Mele Kalikimaka she’ll never forget…

“It's Hotter At Christmas”

Book 3 in the Men of Hawaii Series

is Book 3 in the Men of Hawaii Series 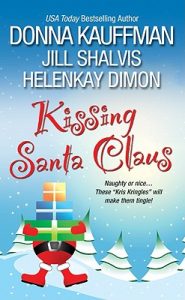 “Officer Greene,” Marissa said in a husky welcome that vibrated right down to his feet.

“I thought you were leaving Hawaii today,” Ted said, aiming for the least offensive small talk kicking around his brain.

He slid his thigh on the edge of his sister’s desk. The move brought him even closer to Marissa but still far enough to be able to read her actions and assess her mood.

“Your identification paperwork came in?” he asked.

He couldn’t blame her for the curt response. Last time she tried to leave the state, TSA officials at airport security detained her. The memories couldn’t be good ones. “I take it you never even made it out of the hotel this time.”

“Obviously not.” She rubbed her hands together on her lap. “And I still say that incident yesterday wasn’t my fault.”

Incident. Such a little word for such a big mess. Ted suspected he’d be answering questions and filing out paperwork over Marissa’s first security run-in for months. Sure as hell would take that long for Kane and everyone else at the station to stop laughing over Ted’s attempts to keep Marissa from getting an armed escort to jail.

“You threatened the TSA agent,” Ted pointed out for what felt like the tenth time.

“He wouldn’t let me past security.”

“Because you didn’t have a license or other form of photo identification.”

“It was stolen along with my purse earlier that afternoon.”

She kept missing the point. “True, but-”

“And before you say my attitude was the problem, we both know that guy with the big neck and little brains could have let me through security after a secondary search.” Her face flushed redder with each word. “He chose not to. He decided to be difficult and then acted all surprised when I got ticked off.”

“Probably had something to do with the fact you kicked him.”

From what Ted could tell the agent had asked Marissa a few questions, she got frustrated, then insulted, and then started yelling. Stolen wallet or not, that was never a good idea at airport security.

But that was only Marissa’s first robbery of her trip. He was at the resort today to talk about the second one…or what Marissa claimed was another one. He was starting to wonder. Kauai had its share of petty crime, but for some reason this woman was the only victim these days. Seemed like an awful big case of bad karma. An unbelievable one.

“What exactly happened this time around?” he asked.

She frowned, her big eyes growing darker with each breath. “Are you blaming me for this, Officer Greene? If so, your good cop routine could use some work.”

“I’ll try to remember that.” He folded his arms in front of him. “Suppose you tell me what the issue is.”

He fought the urge to say “this time” but he could tell from his sister’s dramatic eye roll that he got the point across.

Marissa sat back in her chair. “Someone broke into my room this morning.”

Marissa. Bed. An interesting combination. “And you were…?”

“Excuse me?” Marissa didn’t even try to hide her frustration. The rise in her tone let him know she was displeased.

Yeah, well, she could get over it. “Were you in the room or somewhere else?” he asked.

“But you were supposed to fly home today.”

Her hands froze in mid-wring. “So?”

“You’re dedicated to fitness. Got it.”

He forced his gaze to stay right on Marissa’s face. He wanted to let it wander, see if he could make out her body under her baggy sweatshirt, but he refrained. For now Marissa seemed calm. He had seen her wound up and trembling with fury at the airport. He preferred her current quiet seething.

“When I got back to my room it was evident someone had been in there. The comforter was on the floor. My suitcase had been turned over.” Marissa sighed as if to emphasize her displeasure. “You get the idea.”

What he was getting was a headache. “Are you sure it wasn’t the maid?”

Marissa’s mouth opened and shut twice before she spit out an answer. “Maids don’t throw everything on the floor and then leave.”

“We do frown on that sort of thing,” Nicki said.

He didn’t need to see his sister’s face to know she wore a smirk. “Don’t help.”

He eased his grip on the edge of the desk. It was either that or crush the wood in his fists. “Was anything missing?”

“Yet you’re sure someone came in.”

In that second, a strange calm washed over her. The tension eased from her shoulders and a small smile played on her lips. Ted knew enough to see the newly relaxed position as a sign of verbal war.

“I’m not an idiot,” Marissa said in a tight voice that stood in sharp contrast to the carefree way she brushed her hair off her shoulder.

“Never said you were.”

The woman sure was touchy, so he used his best soothing cop voice. “You’ve had a rough time.”

“I’ve been in Kauai for five days and robbed twice.”

Like he said, tough. “Technically nothing was missing this time, so-”

Marissa shot him a frown severe enough to crack teeth. “Your point is?”

That she was either the unluckiest woman ever or, well, nuts. He hoped for the former. “Is it possible you have an enemy on Kauai?”

“You’re the person I’ve spent the most time with at this point.”

“No wonder she hates Hawaii,” Nicki mumbled under her breath.

Marissa didn’t lower her voice in return. The husky sound boomed through the room. “I like Kauai just fine. I just want to go home and spend Christmas in the snow as it should be.”

To him snow could never be considered a good thing. Christmas meant time off to surf and hang out at the beach. Maybe fit in some sailing and a short trip to Oahu to watch the fireworks over Waikiki Beach. Why anyone would want to bundle up in a thick jacket just to go outside was beyond him. He had tried it and hated it.

“Where is home exactly?” he asked even though he knew. He’d checked on her age – twenty-nine – address, driver’s license number and a bunch of other useless information as part of the investigation into the altercation with TSA.

“If it helps, the city got about eight inches of snow this morning.”

Both women stared at him. Apparently a man couldn’t give the weather report without drawing unwanted attention. 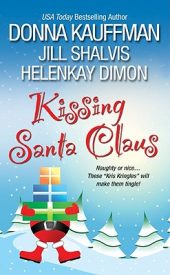 A trio of treats fill out this anthology for readers in search of holiday happily ever afters.

Unforeseen romance, a dash of mystery, and Brava’s brand of hot sex add zing for fans who like their holiday reading on the lusty side.

Hunky beaus, holiday stores and island resorts all help heat up the season in this anthology. With unsolved mysteries, wild animals and would-be stalkers, readers will remember that no matter what their adventure, there’s never a dull moment during the holidays!

Treat yourself to a little early Christmas gift with the anthology KISSING SANTA CLAUS. It’s the perfect book to put you in the holiday mood.