Book 4 in the Men of Hawaii Series 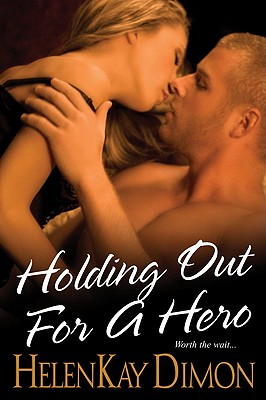 TOO CLOSE FOR COMFORT…

Deana Armstrong needs a hero—not for herself, but for the nephew all her money and time can’t seem to get out of jail. Unfortunately, the best hero in all the Hawaiian Islands is set on turning in his badge and getting his excellent butt into another line of work. If that wasn’t enough, Josh Windsor also has a big-time grudge against Deana herself. But if there’s anything being rich, smart, and stubborn has taught Deana, it’s never to settle for second best…

Josh has had it with saving people. He’s had it with getting hauled into court. And boy, has he ever had it with Deana. Or well, he hasn’t had it. Yet. But the more she pops up sounding infuriating and looking good enough to eat, the more her hot bod and her cold case wriggle into his mind. And there’s only so much even a hero can resist…

Book 4 in the Men of Hawaii Series

is Book 4 in the Men of Hawaii Series 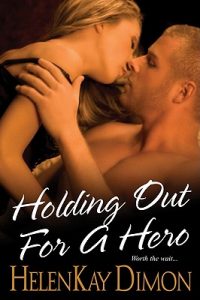 He sensed her before he saw her. The dangerous mix of high-end perfume and wealth gave her away. Josh Windsor knew some men found the combination attractive. He sniffed and smelled nothing but trouble.

Tucking his pen in his inside suit jacket pocket, he crossed the marble courthouse hallway to meet Deana Armstrong before she materialized at his side. She would track him down anyway. Might as well take the offensive and be done with it.

“Ms. Armstrong.” He nodded. “What brings you here?”

“To the fourth floor of the Circuit Court.”

She took a step forward and put them less than two feet apart. “You.”

Somehow he knew she would say that. “How’d you guess I was even on Oahu?”

“I flew over to Kauai and went to your office.”

As if that was a perfectly normal thing to do. “Of course you did.”

“I couldn’t get near the Drug Enforcement Agency. Not even on the same floor.”

“I also checked your house while I was there.”

Nope. Heard it just fine. He ignored her behavior before, wrote it off as annoying and moved on. Not this time. “Care to explain?”

“Well, it’s really a condo.” She had the nerve to throw out an innocent, wide-eyed look.

To shut that down, he leaned in letting her feel the looming presence of every inch of his six feet. “You actually went to my place in Lihue?”

“Do you have another house?”

“Only one of us has a trust fund and owns multiple properties.” Including a sprawling estate on one of the best beaches on Oahu. That person sure as hell wasn’t him.

“What does my housing situation have to do with our conversation?” She waved her hand in front of her face. “Look, none of this matters.”

“Can we focus on the topic, please?”

Was she trying to annoy him? “Which is what?”

“Jesus, lady. Is there anything you don’t know about my life?”

“-which is why I took the chance of catching you.” Her voice increased in volume from cool to almost booming as she talked over him.

“Keep yelling like that and courthouse security will be all over you in two seconds.” Which, the more he thought about it, was not a bad way to get out of this conversation.

“My point is that your home address isn’t exactly a secret.”

“I guess not to people with detectives on their regular household payroll.” When he fixed every other part of this life, Josh vowed to fix that as well. Make it so no matter how much money folks like her waved around, no one would find him unless he wanted to be found. And right now he didn’t. “Did you at least water the plants while you were at the condo?”

He was impressed she managed to show any emotion.

“I didn’t go in,” she said. “That would have been inappropriate.”

At last, a boundary.

… a fun, hot romance with a good story, first-rate dialogue, and great characters.

Ms. Dimon knows how to write fiction with an intensity that leaves the reader clamoring for more…Not one moment is dull within the pages of this highly sensual story.

…a compelling story line with an unusual ending that keeps readers wondering to the end.

The fact that the attraction between Deana and Josh was so unwanted on both their sides is what made it so good.