Book 1 in the Corcoran Team Series 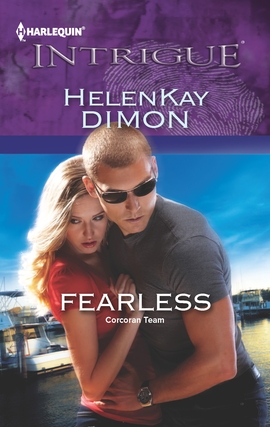 Davis Weeks had a sterling reputation for high-priority, under-the-radar rescue missions. His role in the prestigious undercover agency Corcoran Team trumped everything. Even Lara Bart. Though his loyalty to his position had once driven her away, Lara knew she had to tame her emotions if she wanted to survive. Whether she liked it or not, he was the only man who could protect her.

Showing up at his door after dodging one attempt on her life, she knew Davis had the tools to make sure the next one failed, as well. But was his past to blame for the sudden attacks? Or was the answer, just like their intense relationship, not so clear-cut?

Book 1 in the Corcoran Team Series

is Book 1 in the Corcoran Team Series 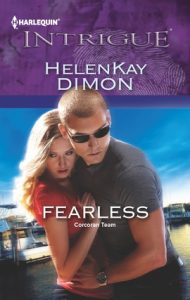 Davis, it’s me. I’m in huge trouble. I…need you. Please be home.

Lara Bart, his former fiancée and the sole reason he went off the grid on a job that ended with busted ribs and a bruised jaw. The passing of days didn’t matter. He knew that voice, could hear it every time he closed his eyes.

He also knew something was very wrong. The slight tremor. The stammer. None of that was normal for her. Husky voice, yes. Scared? Never.

The swearing this time included a few extra words and a lot of grumbling. Jamming his finger on the button, he called her back and nearly threw the phone when it went directly to voicemail. He’d just pivoted and started stalking to his closet when the doorbell rang. He took off down the stairs with his bare feet thumping against each step.

As he hit the foyer, the rapid-fire knocking started. Breaking from protocol and his usual common sense, he entered the code on the alarm as he opened the door. Lara shoved her way inside and went straight into his arms. Her arms wrapped around him as her cheek landed against his bare chest.

“You’re home.” She was out of breath and trembling as she mumbled the words against his skin.

The touch had his brain cells misfiring. It took a second for all the pieces to register. Her hair was lighter, with touches of blond through the rich brown waves, but still so soft. And his need for her still kicked hard enough to knock him over.

Ignoring the feel of her in his arms, he set her away from him and scanned her body, trying to remain as detached as possible as he checked for obvious injuries. “Are you hurt?”

She shook her head. “Well, except for my knee.”

Looking down, he noticed the ripped hem of her skirt. That, along with the untucked and torn silk blouse, signaled trouble.
“What happened to you?” He almost dropped to the floor and checked her leg, but her next comment stopped him.

She conducted security clearance interviews, but there was nothing inherently dangerous about her job. He knew because he checked out her company and its independent contractor ties with the Department of Defense when she took the position. Not that she knew that.

And it didn’t matter that they’d broken up. He watched over her and always would.

“I should have called the police, but all I could think about was getting to you.” Her hands were in constant movement. Her gaze bounced all over the room, and she pushed her shoulder-length hair out of her eyes.

“Okay.” Good, even. Being her first thought certainly didn’t suck, but he needed her to calm down. “Take a deep breath.”
Her chest rose and fell as she took his advice, but her hands kept shaking. “There was blood everywhere.”

Dread ripped through him. Didn’t sound like this, whatever “this” was, happened at the office. It took all his considerable control to focus the energy pinging around inside of him. He wanted the information fast and clean, but she wasn’t a field agent with the sort of delivery skills for that. Then there was the problem where her words kept jumbling together.

He cupped a hand over her cheek and lifted her head until her almond-colored eyes met his. Even terrified and twisted up, she was still the most beautiful woman he’d ever seen. Tall and trim with high cheekbones and a face that you could slap on a magazine cover without makeup.

But none of that mattered now. He needed information. Without it, he couldn’t step in and fix whatever this was. 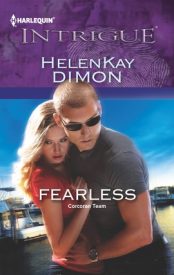 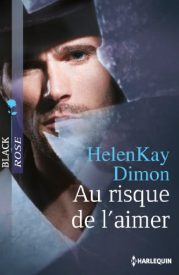