Book 4 in the Corcoran Team Series 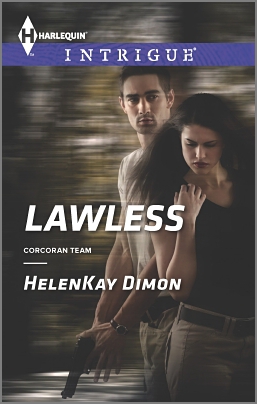 WHEN A CORPORATE RETREAT TURNS INTO CORPORATE SABOTAGE, THE CORCORAN TEAMS SENDS IN THEIR BEST.

Undercover agent Joel Kidd wasn’t picked just for his risk-assessment and kidnap-prevention skills. He had inside knowledge of the mission’s target: Hope Algier. Business had divided the former lovers, and now that same dirty business brought them back together. Touching down at this high-end out-of-the-way campground, Joel had the perfect over among these weekend warriors. In reality, he was there to provide an extra layer of protection. One hope wouldn’t accept if she knew the truth. But when an unknown assailant begins picking off her clients one by one, Joel is the only one who can save them. Though civilization–and safety–was still a long way off…

Book 4 in the Corcoran Team Series

is Book 4 in the Corcoran Team Series 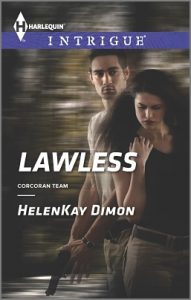 Hope Algier preferred sunshine and fresh air to a stuffy office. Except today.

She spent most of her life outdoors. Her father tried for years to entice his baby girl into the boardroom of the family business. There were promises of expensive cars and impressive bonus packages. She turned them all down without a second thought, but right now a leather chair behind a big desk sounded good.

Trees towered over her and surrounded her on every side. This section of land adjacent to West Virginia’s Cranberry Wilderness was called the Cranberry Back Country for a reason. It consisted of more than eleven thousand acres of hills and woods and little else.
Animals skittered around and near her. Leaves rustled as the summer wind blew warm air under her ponytail and across the back of her neck. Thick branches blocked most of the sunlight, giving her an eerie sense of isolation.

No people, no houses and no easy way out.

Turned out this patch of forest messed with her satellite phone. She needed open sky for a signal and could only see peeks of blue through the canopy of summer green leaves above her. Right about now she’d give anything for a second of heat on her face.

She slipped behind a large trunk and leaned against it. Her heartbeat hammered in her ears as she slipped the satphone out of the pocket of her cargo shorts. It measured a bit more than a regular cellphone and fit in her palm. The map she’d memorized earlier and carried in her back pocket pointed to a clearing up ahead. She hoped she was close enough to catch a signal.

Please let it work this time.

She pushed buttons. When that didn’t do anything, she smacked the side, hoping to hit it into action. She even thought about smashing it against the cushion of dirt and leaves under her hiking boots.

She was about to repeat the hitting cycle when something crunched off to her right…again. The same subtle crackling she’d been hearing on and off since she dove deep into the trees. A squirrel, probably. She repeated the comment in her head over and over, hoping to reassure her brain and stop the sudden subtle shake moving through her hands. She refused to think bear or, worse, a predator of the two-legged kind.

Shifting, the stray branches scratched her bare legs and caught on the short sleeve of her cotton tee. She balanced her head against the hard bark again and counted to five. It took all of her control not to call out for Mark Callah, the vice president of finance for Baxter Industries.

He’d been all gung-ho about “roughing it” on this corporate retreat. So much so he brought a gun along without telling her. She only saw it because he waved it around last night at dinner. As the person leading the retreat, she confiscated it. That didn’t go over well. Now he was missing.

There it was again. That made the fourth time she picked up the sound she wanted to write off as nothing. Something furry and four-legged and small…she hoped. But the gentle thuds sped up.

She peeked around the tree she was using as a shield and spied what looked like a flash of blue in the distance. The same flash she’d seen twice so far on this journey to find Mark and grab a clear shot to the satellite to jumpstart the phone.

She left the rest of the executives back at camp with orders to make breakfast and clean-up. Except for Mark, they weren’t exactly the venture-out-alone types. She strained to remember any of them wearing navy this morning at roll call but her brain refused to focus.
Crunching and snapping echoed all around her until she couldn’t tell from which direction the noises originated. The tunnel effect had her doubting her hearing and her vision. If she spun around one more time or ventured too far in any direction, she’d need the GPS to guide her back to camp.

What she really wanted was a view of open sky. If she could get to the edge of the field and send out a call for help then she could duck back into the woods again. Maybe she could lure out her visitor. Not that the option sounded too reassuring to her right now.

Without thinking, her hand went to the leather sheath hooked to her belt. Her fingers skimmed over the hilt of her knife. She wanted to slide it out for protection, but running on uneven ground with a blade struck her as a distinctly stupid thing to do.

Still, having the makeshift weapon lessened the anxiety pounding through her. A little.

With one last glance into the thick columns of trees behind her, she took off. Her hands swatted at the branches blocking her forged path as her feet slipped over rocks and roots and pace picked up to a jog. The wind whistled by her and the slap of leaves hit her face. She made enough noise to put a target on her back, but she didn’t care. She needed that open field.

Footsteps fell hard off to her left this time. The thump of shoes against the ground kicked up and the person drew almost parallel to her position. She tried to zigzag even though she knew her white shirt would give her position away.

But she needed space and enough distance to make the call and pull her knife. Whatever or whoever else was out there, she would not go down without a fight. 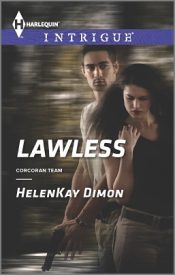 With twists and turns in the woods, secrets by the truckload and enough suspects to fray readers’ nerves, the latest Corcoran Team entry will keep readers guessing to the last chapter.