Book 2 in the Corcoran Team Series 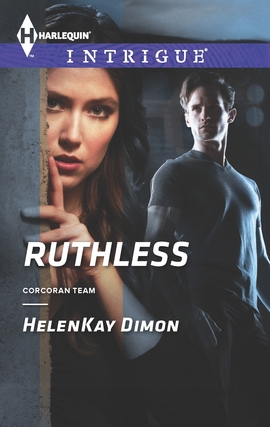 Kelsey Moore looked forward to her daily visit from Paxton Weeks. Watching the broad-shouldered, quiet man led to some wonderful daydreams. But for real? That was downright dangerous…

It was no mistake Paxton visited Kelsey’s shop every morning. This was his first mission back from injury and he had something to prove: stake out the shop for a wanted man and take him in. But when two robbers hold Kelsey at gunpoint, Paxton blows his cover to save her life-and adds bodyguard to his list of duties. Now, with his secret out in the open-and her life in danger-the days have just become far from routine….

Book 2 in the Corcoran Team Series

is Book 2 in the Corcoran Team Series 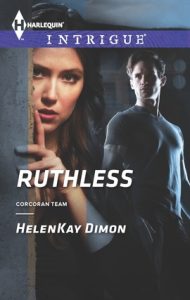 Paxton moved in a blur. His body honed and aimed like a weapon, he came in the back door fighting. He jammed an elbow into the smaller attacker’s head and knocked him into the wall. The guy went down in a motionless whoosh.

Something whizzed in front of her. She glanced over and saw Paxton standing with his arm out and his furious glare aimed at the taller attacker. She followed the line of Paxton’s body and watched the other attacker scramble, his shoes scuffing against the floor, before he dropped. A red blotch spread on his stomach a second later as his gun dropped and spun across the floor.

Her first look at the knife was of the way it stuck out of the attacker’s body. Even with his eyes closed and his body slumped to the side, he scared the crap out of her.

It all happened so fast and with less sound than if she had been moving boxes around back there. The pulsing tension seeped out of the hallway, but she couldn’t take it all in. Sounds muffled, but she thought she heard someone talking. With her head tilted back, she saw Paxton grab the abandoned gun and point it at the bleeding man before hitting him with the end of it.

Paxton was talking but not looking at her. The words refused to come together in her brain. Finally, he glanced down at her and the scowl marking his forehead eased. He dropped down to balance on the balls of his feet and winced as he went. The move put them face-to-face.

The calm words brushed against her and she answered with the truth. “No.”

His gaze traveled all over her. “Were you hit?”

“I don’t think so.” She closed her eyes to keep the room from spinning, but the reality of where she was had them popping open again. She tried to sit up, hoping her legs would hold her if she somehow wrestled her fatigued body to her feet. “My employees and the people—”

He put his hand on her noninjured knee, and the light touch held her down. “Everyone is fine. They don’t even know anything happened back here.”

The noise. The slamming doors. The grunts and yelling. None of that fit together with his assurance. “How is that possible?”
“I need a team and possibly medical.” He talked to the air.

He kept issuing orders. Something about identities and watching the front. She really focused on him then, letting her gaze wander over the firm chin and across his broad chest. Apparently he threw knives. He had the attacker’s gun plus another one.
In a matter of minutes he’d morphed from cute flirty guy with an injury to scary fighter guy.

“Is the limp real?” She blurted out the question before she could stop it.

Then she saw it. A tiny piece of silver. He had a microphone and was talking to someone who wasn’t actually in the hallway.
Her eyes closed as a wave of nausea rolled over her. She hadn’t dreamed any of it, and all of her fears of walking into the middle of a terrifying gun battle had come true.

That left one very big question.

She opened her eyes and stared at him again. “Who are you really?”

“Same guy you served the coffee to.”

She tried to scoff but she didn’t have the energy or extra breath. “I don’t think so.”

“You should probably call me Pax.” He had the nerve to smile at her as he stood up.

This time she didn’t buy the full mouth or twinkle in his eyes. “You’re not a normal coffee customer.”

Dread spilled into her stomach. “What?” 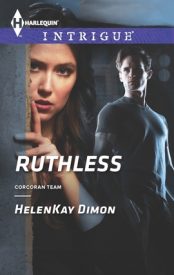